My work has a strong relation towards the human body and its appearance, function and behavior. In my project Beyond the Body I focus on altering the human form by affecting its figure with just one simple intervention. Photos of the human body are printed onto translucent silk, which will create the possibility of physically layering different bodies, ages, generations and identities. The project looks at ways of changing appearance without directly manipulating the body itself. By physically layering the human from in this manner, the resultant image almost implicates the use of digital media. The layered photos create the idea of wearing a mask that still reveals part of the ‘original’.

Beyond the Body brings into being an ambiguous image that intrigues, astonishes or sometimes even disturbs. I started this project with a collection of photographs of different people and body parts, printed onto fabric and worn. This was done to study the way they affect the human body and our behavior. Appearance is not certain; it is something that can be constructed, as soon as the print is layered on top of another person its appearance will transform. Two people merge together, two identities become one. The printed fabric allows the creation of different physical human forms, different people merging their identities and ultimately altering their appearance.

The resultant identity will raise questions as to personal identity, concealment, revealing and natural aging. One part of this project shows portraits of three generations of women, my grandmother, my mother and myself. It provides an insight into the past, the present and the future within a single image. The photos of family members means this becomes very personal. It reveals the connections, the features, the similarities, and differences. The visual outcome instigates a feeling of unfamiliarity with the familiar. The printed image of an older body intrigues and fascinates. Not very often do we face an aged naked body in our current society where we seem to be surrounded by imagery of younger ‘beautiful’ people.

Although this project is not intended as a critique of this aspect of our culture, it inevitably makes reference or passes comment on the way we place our value on our observations of the human form. It reveals a complete image, raising all parts of the project to a similar level. It is not the piece that is the outcome, the performance, and the photos are of equal importance. 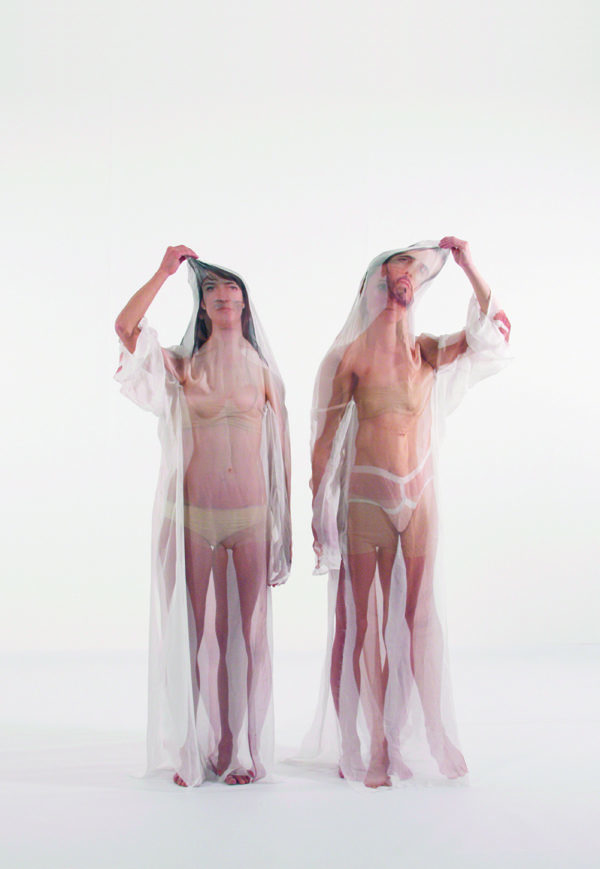 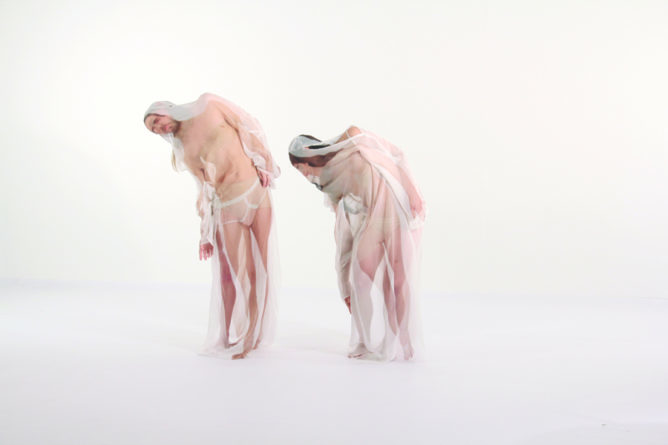 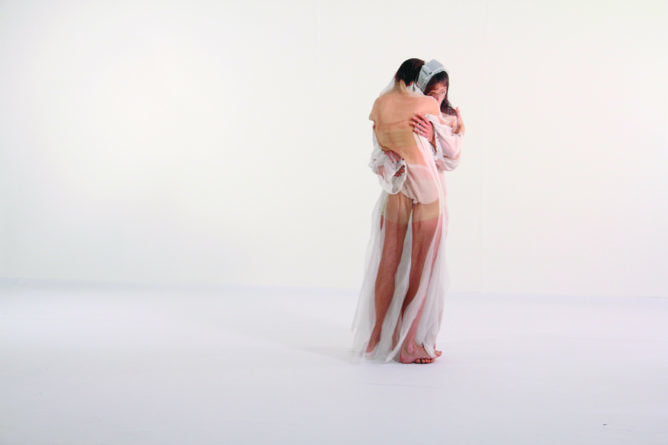