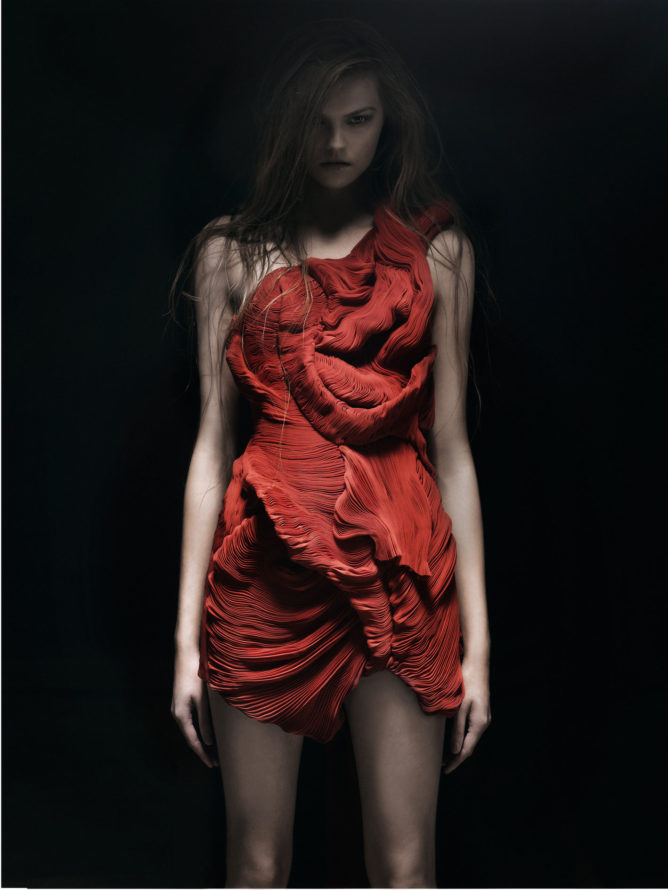 Topological Life: The Politics of Exchange between Membrane/Bodies

Topology is a term I heard many times when I was studying architecture, too often without questioning its implications for the world around us, and more immediately for our own bodies. The work of French philosopher Gilbert Simondon (1924-1989), which seems now to be returning to the spotlight of academia, can help to interpret this notion through a social-political lens.

The first occurrence of Simondon’s use of the term topology in my reading was found in the 1964 book The Individual and its Physical-Biological Genesis (L’individu et sa genèse physico-biologique) in a context that needs to be explained first. In the first part of his book, Simondon attempts to show the limits of the Aristotelian scheme of hylomorphy as a way of describing the world. Hylomorphy thinks of all objects as a combination of matter and form, which is problematic to Simondon both at the physical-chemical level and at the social level. He describes at length the molding of a brick as a paradigmatic example of how the matter already contains the notion of form within itself – what he calls the “colloidal characteristics of the matter” – and how the form needs to materialize first in the object of the mold in order to realize itself. The principle of energy is also forgotten in the hylomorphic scheme. Simondon takes this omission as his starting point and goes on to argue for a new paradigm through which to think of objects and bodies: the allagmatic (change) scheme. As I mentioned above, the hylomorphic scheme is also problematic at a social level as it creates two categories that can be read as social classes: those who think of the form (“the masters”), and those who act upon the matter (“the slaves”). There is therefore something highly societal in Simondon’s manifesto for the allagmatic scheme. The form should not be considered abstractly, but rather with a deep understanding of the matter’s intrinsic characteristics in mind.

In order to illustrate his thesis, Simondon chooses the example of a wooden beam. In a detailed description of the techniques used to form this beam, he contrasts those that involve an accurate knowledge of the matter itself, which is the understanding of what its implicit forms might be, with those that might facilitate the task. Those that facilitate the task may even allow a form to correspond more closely to its idealized abstract idea – the idea that a beam must be parallelepiped – yet ignore the essence of its matter. For this purpose, Simondon repeatedly uses the term haecceity (eccéité) to describe the particularity of each material assemblage considered (my translation):

…the existence of implicit forms manifests when the craftsman elaborates the raw matter: a second degree of haecceity emerges. A trunk chopped with a circular saw or with a band saw yields two regular beams, but they would be less solid than two beams chopped from the same tree with a wood wedge. The four masses of wood produced here are more or less equal, whichever technique is used, but the difference consists in the fact that the mechanical saw abstractly cuts the wood according to a geometrical plan without respect to either the slow undulations of the fibers or their helical torsion. The saw cuts the fibers whereas the wedge only separates them into two half trunks. […] True implicit forms are not geometrical. They are topological. The technical gesture has to respect these topological forms that constitute a parceled haecceity, a possible information that does not fail at any point.  (Gilbert Simondon, L’individu et sa genèse physico-biologique, Paris: Presses Universitaires de France, 1964, 52.)

Before going any further, the meaning of topology at a geometrical level must be explained. Topology is opposed to the Euclidean geometrical representation of space. To use architectural terminology, when an Euclidean wall is combined with other flat surfaces (other walls, the ceiling or the floor), it is easy to define an inside and an outside, since such terms are defined by relationships of space. On the other hand, topological surfaces like the well-known Möbius strip and the Klein Bottle complicate this strict definition of inside and outside. The inflection of their surfaces does not allow them to contain space. Rather they constitute an interface between two milieus.

The previous excerpt is useful for us to understand why a topological interpretation of the world is more faithful to the complex structure of its materiality. However, it does not yet address the specific topological formation of the body as announced in this article’s subtitle. For that, we must go further into the book, where Simondon attempts to define life:

In a multicellular organism, the existence of the interior milieu [milieu intérieur] complicates the topology, in the sense that there are several levels [étages] of interiority and exteriority; thus an internal secretion gland pours the products of its activity into the blood or another organic liquid: in relation to this gland, the interior milieu of the general organism is in fact a milieu of exteriority. By the same token, the intestinal cavity is an exterior milieu for the assimilating cells which assure selective absorption along the length of the intestinal tract. According to the topology of the living organism, the interior of the intestine is in fact exterior to the organism, even though it accomplishes in this space a certain number of transformations conditioned and controlled by organic functions; this space is an annexed exteriority; thus if the contents of the stomach or intestine are noxious for the organism, the coordinated movements that direct the expulsion finish by emptying these cavities and rejecting into the completely (independently) exterior space the noxious substances which were previously in the exterior space annexed to the interiority. (L’individu et sa genèse physico-biologique, 223.)

Let’s pause for a moment and imagine the topology of the multicellular organism that is the human body, as Simondon invites us to do. On the contrary to the way we commonly imagine it, the body is not a sort of epidermic sack containing a bunch of organs in a more or less successful way (this would be the Euclidean reading of it). The skin is admittedly the easy starting point of the body’s topological surface. There is however no discontinuity between our skin and the surface of our throats that ‘dives’ inside our body. Inside our bodies? What about what is inside our throats? Isn’t it “inside our bodies” too? Here we can start to fathom the impossibility to think in terms of inside and outside as far as the body is concerned. The throat is only the top part of a long ‘tube’ that eventually reaches the anus. If we simplify to the extreme, the body is a sort of Klein Bottle in which it is impossible to distinguish the exterior milieu from the interior.

The body is a continuous surface folded many times that interacts with an exterior milieu whose limits cannot be established because of the impossibility of establishing a bodily interiority. A desire to unfold this topological surface for analysis would bring us back to Euclidean problems; it would require us to partition the surface, and thus to rationalize our separation of ‘face A’ from ‘face B.’ What then becomes fundamental to an understanding of the body’s topology is what Simondon calls “membrane,” that is this folded surface that separates two milieus (neither exterior, nor interior) from one another. [1] This membrane constitutes the interface of exchanges between these two milieus and Simondon sees in these exchanges the essence of life: “all the content of the interior space is topologically in contact with the content of the exterior space on the limits of the living being; there is no distance in topology.”

Now that we understand the body as a continuous membrane that separates several milieus, we can start a sort of sociological analysis of the interactions that occur between these milieus through the interface of the membrane and body. When the little particles of pollen deposit themselves on the surface of my throat in the spring, my environment becomes a part of my body and vice versa. When we add to this observation the fact that 98% of the materiality of our body would have been renewed in a year’s time, we can begin to fathom how the body is not as independent of its environment as we usually consider it to be. It is in perpetual interaction with the environment and the only thing that prevents it from dissolving into its surroundings is life itself. Life would be thus defined in a Spinozist way – something Simondon would probably not mind – as the “effort to persevere in its being,” that is the energy that coalesces matter in a consistency of the membrane we call body.

We only observe this sociology of exchanges at a biological level so far, but the same thing can be done at a political level too. I do not mean this in a metaphorical or symbolic way. Politics consists in the practice of these exchanges between bodies. Interpreting the body through this topological reading allows us to understand that each body is simultaneously the emitter and the receptacle of a quasi-infinite amount of material movement that modifies its very composition. It is therefore understandable that our bodies have the political question “at heart” since it affects them at the most basic level. The fear of contamination constitutes the source of all social ostracisms. It corresponds to the thought: “I fear that your matter will deteriorate the membrane that is my body.” Such a thought brings us to the principle of abjection which anthropologist Mary Douglas defines as “matter out of place.” As I have described in a 2012 text entitled “Abject Matter: The Barricade and the Tunnel,” this reading explains how the use of hygienist arguments to justify the eviction of the various occupations of public space in the United States in 2011 was not merely hypocrisy from mayors, but something deeper that corresponds to the fear of contamination in its most immediate meaning.

One morning at Occupy Wall Street in New York. Photograph by the author

The topological interpretation of the body helps us to understand this politics of hygienist fear, but it can also help us to create a politics that embraces the interaction and co-dependency of the membranes/bodies. In acknowledging the fact that our bodies are inevitably part of an exchange relationship with both the environment and other bodies, we can create a political manifesto celebrating this exchange, rather than fearing it. This is what topological life is about.