Léopold Lambert – Paris on September 21, 2016
If you enjoy articles of the blog, have a look at The Funambulist Magazine!

Exceptionally, and for the political reasons I have explained here, the photographs presented here are under copyright and should be asked for a written authorization to be republished.

On September 19, 2016, I had the opportunity to go back to Calais along with a small group of students and professors (Vibeke Jensen and Anders Rubing) from the architecture school of Bergen. This visit happened a few days after the French Ministry of the Interior, Bernard Cazeneuve met with Calais Mayor Natacha Bouchart, vowing to demolish the so-called “Jungle” and relocate its residents to various hosting centers throughout the country. This announcement came a few days after another one, made by Robert Goodwill, the Immigration Minister of the new Theresa May UK government: two weeks ago, he announced that a new 4-meter-tall wall was about to be built in Calais along the highway leading to the port. This is yet another layer of militarization of the port’s vicinity that already counts numerous police cars, CCTV cameras, and two to three layers of 4-meter-tall barbed wire fences. The cynicism involved in investing millions of euros and pounds into these drastic policing measures and their violence, rather than offering accommodation to the thousands fleeing war — an important amount of the “Jungle” residents are now coming from Darfur — or other extremely dire situations, has reached new levels with the construction of this wall, which is planned to be dressed with “plants and flowers on one side to reduce its visual impact on the local area” (source: The Guardian).

My arguments on the matter have not changed (see the report of the first trip, as well as of the second one): our position should be less articulated in humanitarian terms than in political ones. The premise of such a position consists in the categorical denial that the situation constitutes a crisis, on the contrary of what is described at length through the press and speeches of politician (left and right). The only crisis occurring is the one displaced persons themselves are experiencing. The second premise of this position is another refusal: one that goes against the collective Western imaginary that considers displaced persons as disincarnated statistics, a negative currency, whose top-earner is the one that gets the least of it. It also turns around the liberal critique: the Calais’ “Jungle” is not a place symptomatic of the lack of action of the French and UK States, in which makeshift dwellings never reach a satisfying level of comfort and dignity because of their residents’ lack of skills; it is a place symptomatic of the actual action of the French and UK States, in which makeshift dwellings never reach a satisfying level of comfort of dignity because of the way their residents are consistently prevented from undertaking the construction of a proper urban entity. The antagonizing and patronizing aridity of the container camp, and its heavily controlled access (by palm recognition, through turnstiles) appears as the only architecture the French State is willing to legitimize: a space where bodies are treated as mere statistics with only minimum needs, and where they can be controlled spatially. At a time when the sulfurous candidate for the French Republican presidential primaries and former President Nicolas Sarkozy affirms (erroneously) that when one becomes French one’s ancestors becomes the Gauls — a wholly fictitious term coined by the Roman invaders in the first century B.C. to designate the totality of nations under Roman domination in the West of the Empire — we might want to use the trivial imaginary he implies of a Gaul village besieged by Roman invaders (as in the Asterix comics) to construct a comparison with the situation of Calais’ “Jungle.” The Gauls may not look the way Sarkozy might think in this case, but they would be inspired to see in the resistance of this village against the drastic means deployed against it, the very legitimacy the French nationalists romantically attribute to those they believe to be their ancestors.

Addendum (October 24, 2016): Today started the total eviction of the “Jungle,” preceding the destruction of this little town. Its residents are planned to be accommodated throughout France. It is too early to make any definitive judgment but one thing is certain: any massive displacement and destruction undertaken by a massive police deployment under the claim of following a strict humanitarian aim as the French government asserts, should be regarded as plainly demagogic. 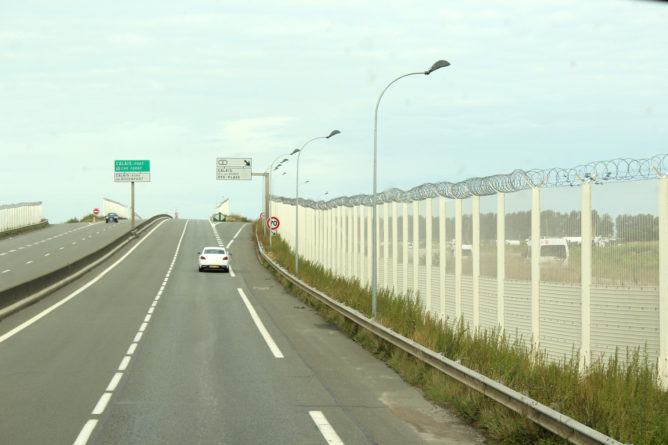 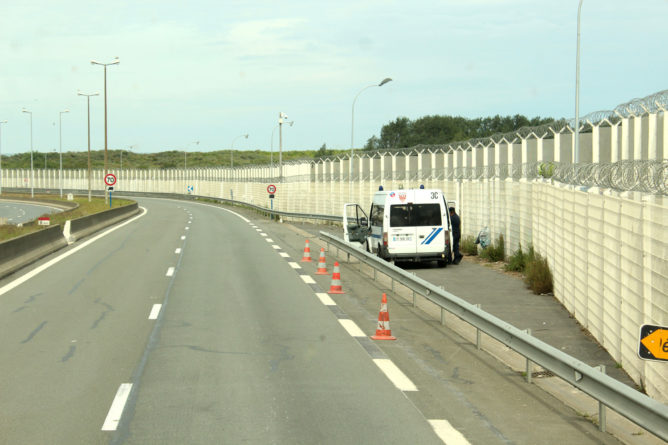 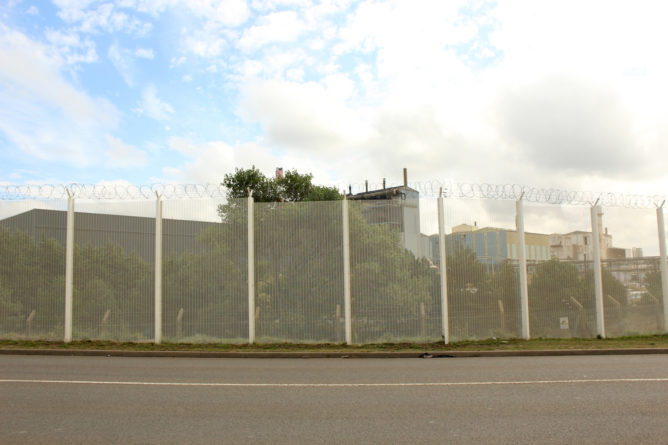 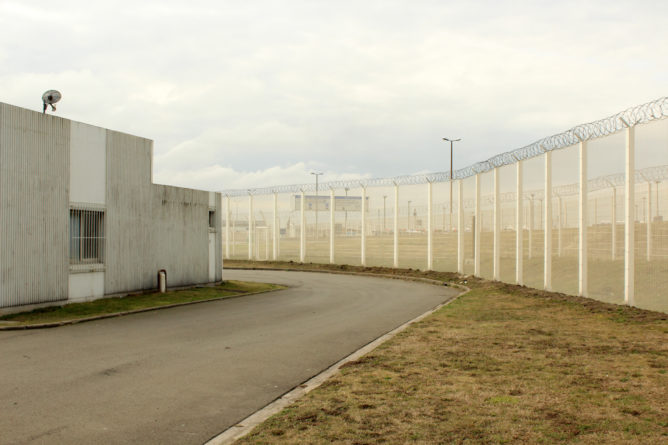 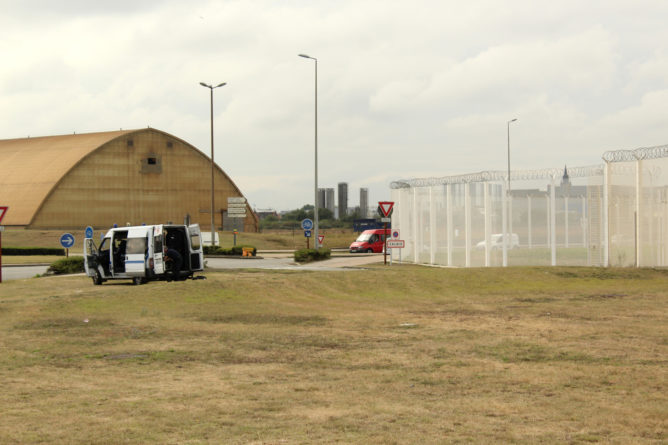 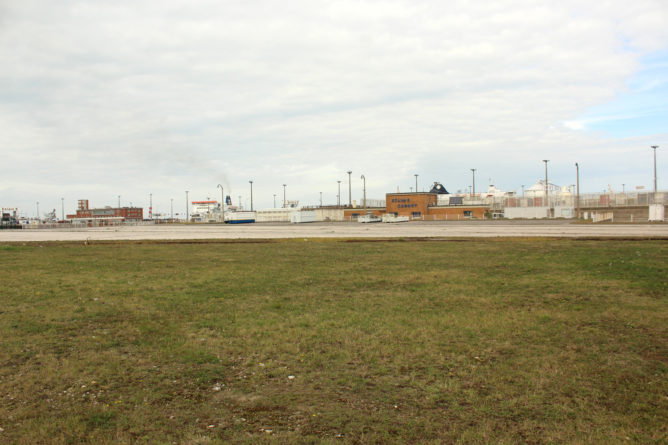 Former so-called “Jungle” between 2002 (after the closure of the refugee camp of Sangatte) and 2009 when it was evicted by the French police. 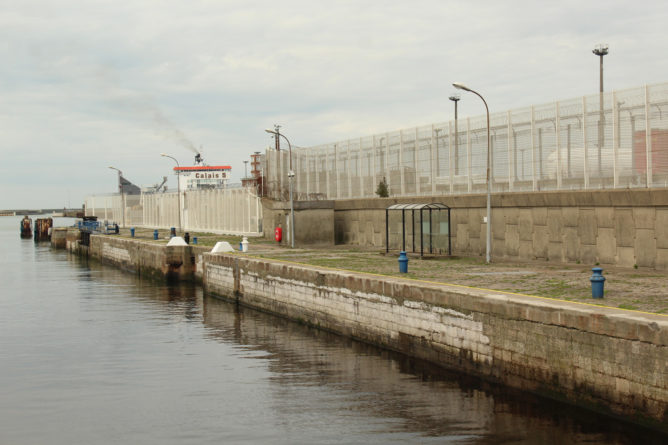 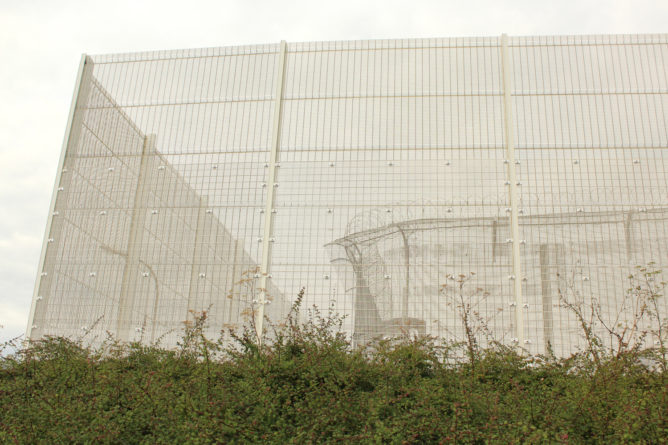 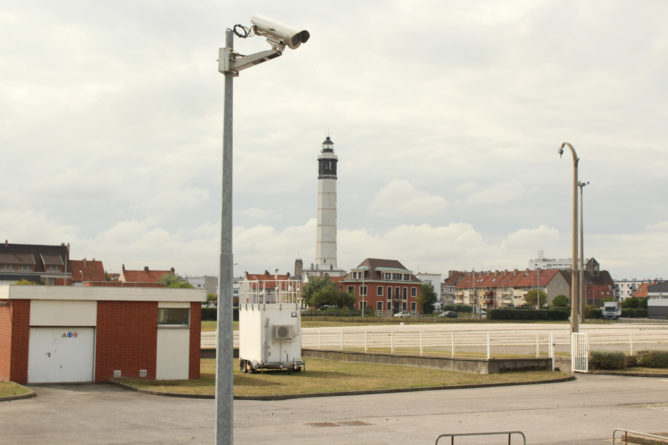 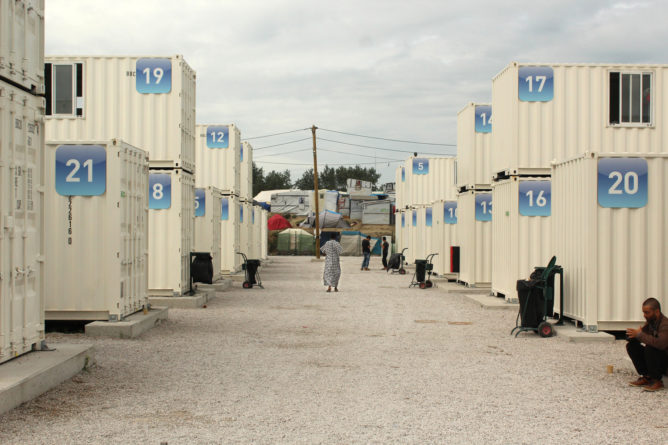 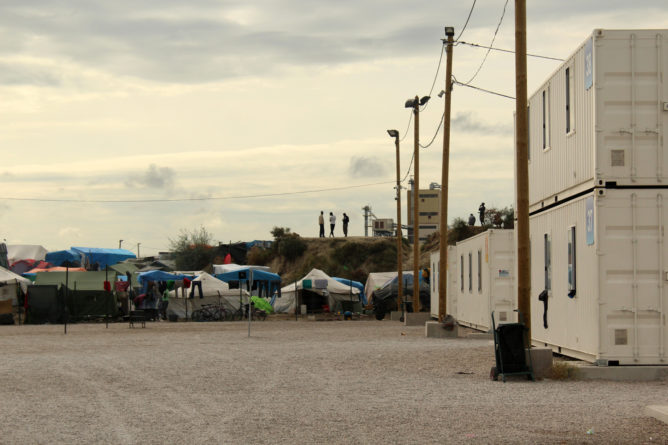 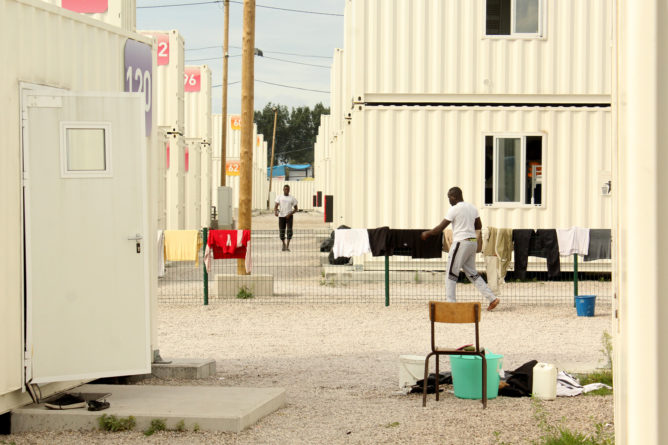 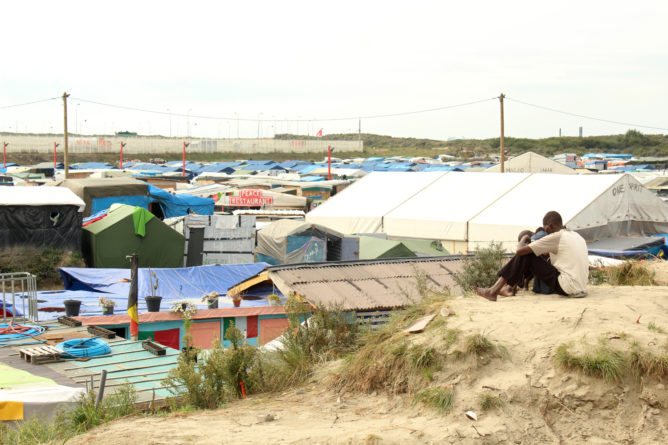 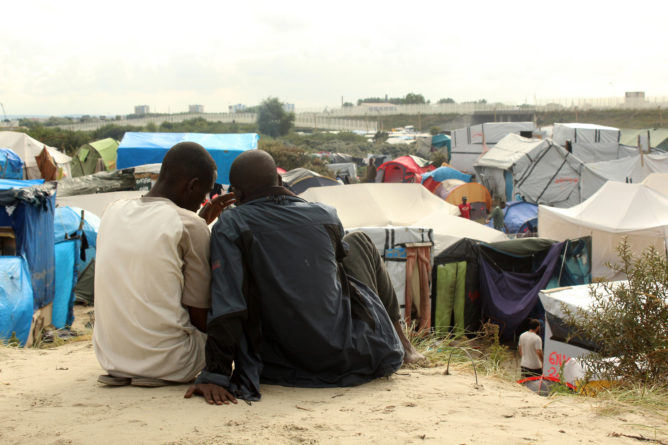 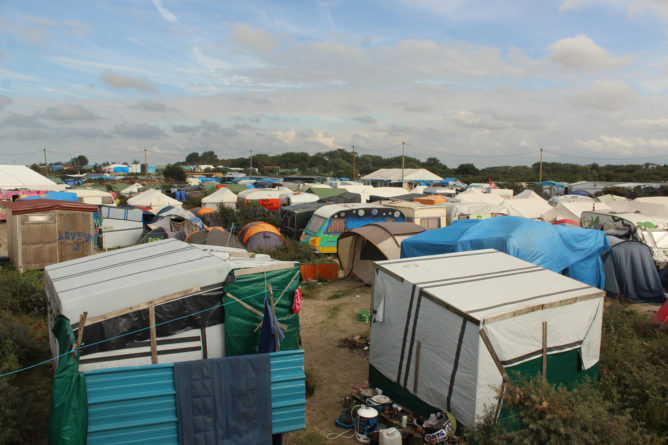 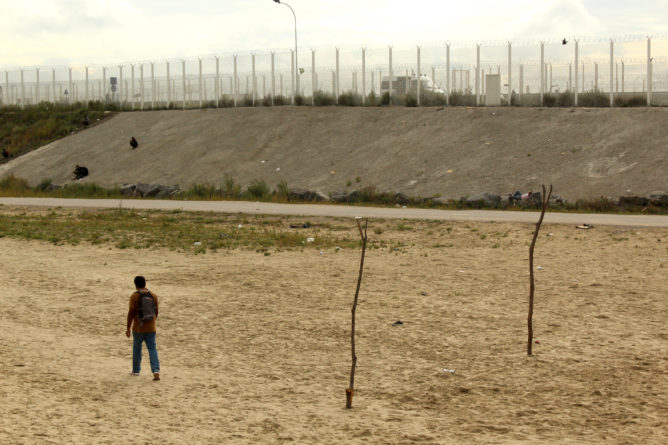 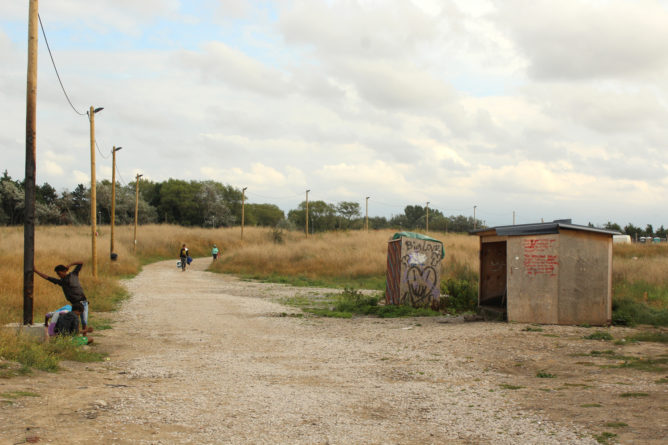 This photographs shows the Southern part of the “Jungle,” destroyed at the very end of February 2016. Only the Ethiopian church (see below) was speared from demolition (the same cannot be said about the small Abu Bakr mosque) and remains as a testimony of this part of the village. 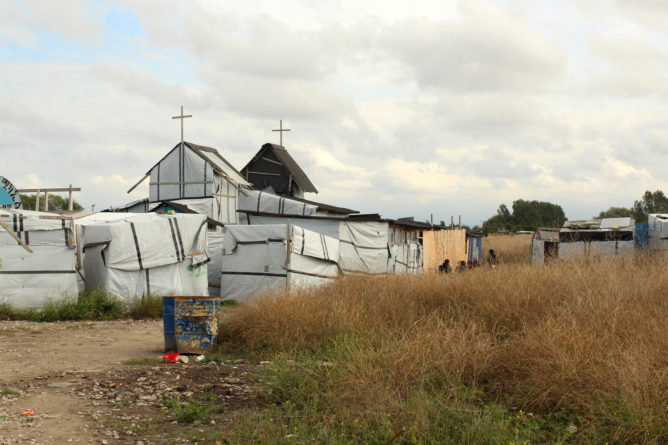 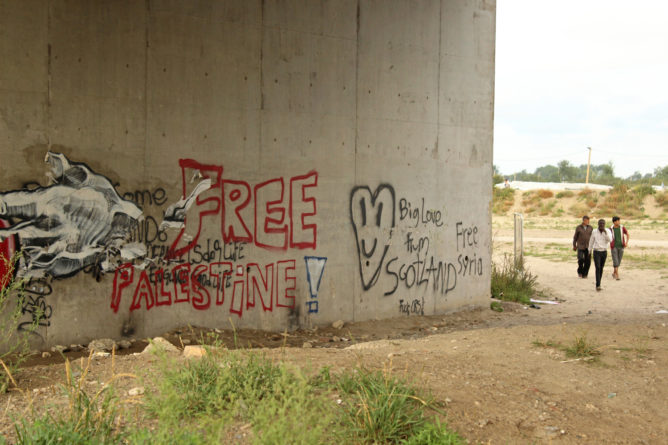 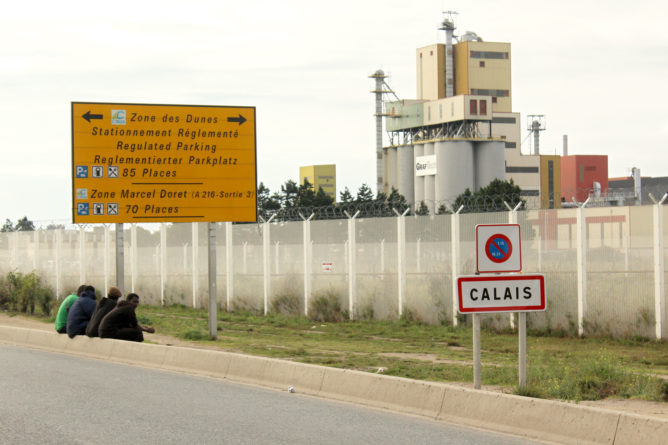