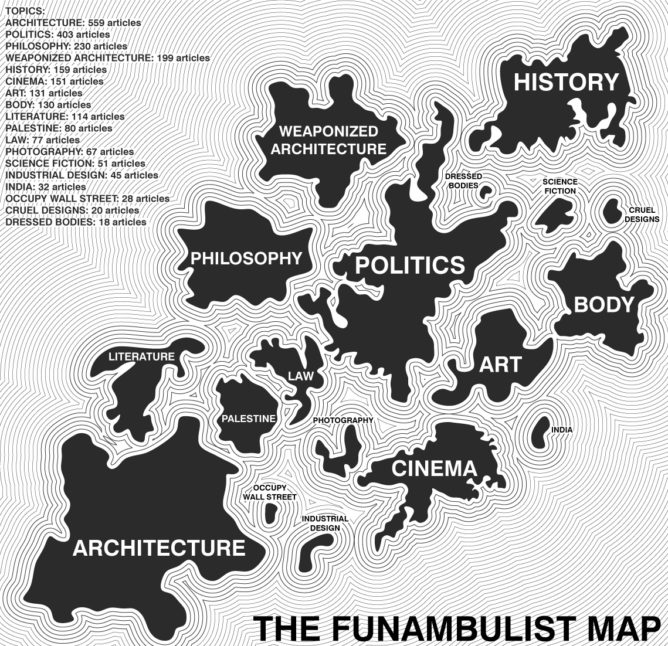 The Funambulist now has 3,000 followers on facebook (as well as, 1,200 followers on wordpress and 1,700 on twitter)! Thank you very much for following the blog, as well as Archipelago its new podcast platform. The Funambulist started in January 2011, based on the archives of boiteaoutils and it has provided me since then with great encounters with talented people around the world. Thank you very much for being part of it.

I try to organize the archive of the blog as well as possible, but there are more than a thousand articles existing. Here is a small selection of one archived article by category written in the past four years (most of them can be found in the past and upcoming Funambulist Pamphlets published by Punctum Books):