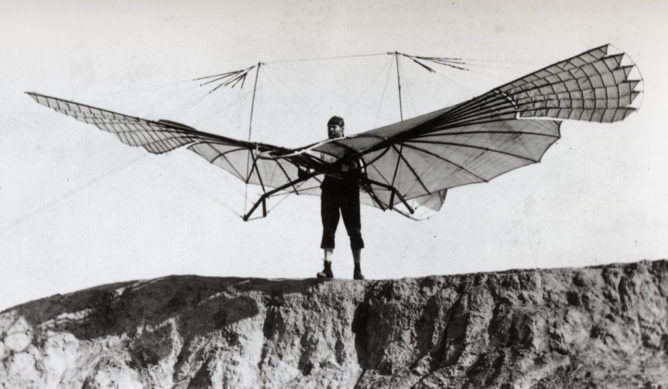 A good way to articulate thoughts consists in a dialogue with friends; that is what I intend to do here, by basing my reflection about the Spinozist body on the article written yesterday by anthropologist Gastón Gordillo (see our Archipelago conversation) on his blog, Space and Politics. Entitled “Passion for Terrain,” his text aims at taking part of a larger work around this fascinating concept of terrain. In this regard, it ought to be noted that Gastón and Stuart Elden (see our Archipelago conversation) will host two sessions about this concept at the Chicago Association of Geographers next April.

Gastón’s article uses the example of wingsuit flyers in order to illustrate an extreme relationship between the human body and the terrain, since these suits allow bodies to fly at high speed at a short distance to the ground/terrain, while adopting its form. He uses the Spinozist scream “We don’t know what a body can do” (see past article) to address these new corporeal possibilities and establishes a ‘non-compliant’ corollary in the form “We do know what a human body can’t do: escape the physical force that the planet imposes on it through gravity and survive the impact of a fall” (Gordillo, 2014). In this following article, I would like to argue that this is only true insofar that we have a clear idea of what a body is or, rather, of where a body stops. By this, I mean that it is only our confused understanding that creates the strict separation of the body and its wingsuit or, even, the aircraft where it sits.

The cloth is particularly useful as an example of this argument, since it individually adopts the form of the body in a more or less fitting manner. This is what allows Gastón to talk about “bare bodies, without recourse to self-propelled engines.” No one would be shocked by the confusion of bare bodies — what we might usually mean to talk about a naked body — and these bodies wearing wingsuits. There is a common understanding that these suits are so ‘close’ from the body that they can be confused in it. What about Otto Lilienthal’s flying body apparatus in the photograph above? Could it be still consider it as a bare body flying, or are we to already invoke the concept of a machine, which would essentialize two entities: the body and the apparatus? When it comes to an aircraft proper, no one will have doubt that there is a fundamental separation between the machine and the bodies it hosts, although perhaps we might agree that movement contributes to link them together: after all, the inertia that we experience when the vehicle where we are suddenly breaks or accelerate, fundamentally associates our bodies to this same vehicle.

This text do not mean to categorically deny the separation of the aircraft and the body it hosts, since doing so would go back to a mode of certainty that I intend to contest here. However, we need to recognize that we do not have a clear understanding of where a body stops. In the case of a human body, we could not possibly consider that the skin constitutes its absolute limit; this would be denying our ability to shiver, as well as to detect a silent presence behind us when close enough from our body. Our systematic tendency to truncate bodies in space — a tendency that is not shared by autistic bodies I have been told — might help us to rationalize our environment but the limits it establishes between bodies can only be defined that sharply in an abstract manner. In other words, the stool on which I currently sit while writing these words is not as essentially separated from my body at this very moment as it is in the sentence that describes the situation, “my body (essence 1) is sitting on a stool (essence 2).” The fact that I can count six surfaces of my body in contact with the stool (my two feet, both outside parts of my calf, as well as both of my buttocks), and that, through these surfaces I feel the form of the stool itself as being part of my body, is indicative of such an ambiguity.

This brings me back to this fascinating concept of the terrain. Similarly to the example of the stool, the body can (and necessarily does) compose a relation to the terrain that prevents the essentialization of the separation between these two material assemblages (bodies). In this regard, we tend to think of terrain as a layout of ‘natural’ elements like a rocky mountain, or a hilly field; however, we can and do design terrain. The flat surfaces that we call floors are designed terrain for a supposed least resistance to our bodies, or rather to the wheels of our means of transportation — the surface of least resistance for human feet is actually not flat. We can nevertheless think of designing terrains that would celebrate the fundamental doubt about where the body stops that I described above. Such terrains would particularly insist on the relational surface that link them (even for a brief instant) to the human body, and would thus embrace our ignorance about where the body stops, that is what the body is. As I attempted to explain in the recent article “Towards an Architecture That Does not Know What a Body Is,” we would be mistaken to think that such considerations constitutes a trivial intellectual game. I argue, on the contrary, that they are, instead, profoundly political since all forms of corporeal violence are based on a totalizing knowledge of what a body is. Recognizing our ignorance when it comes to the body therefore struggles against this corporeal violence.