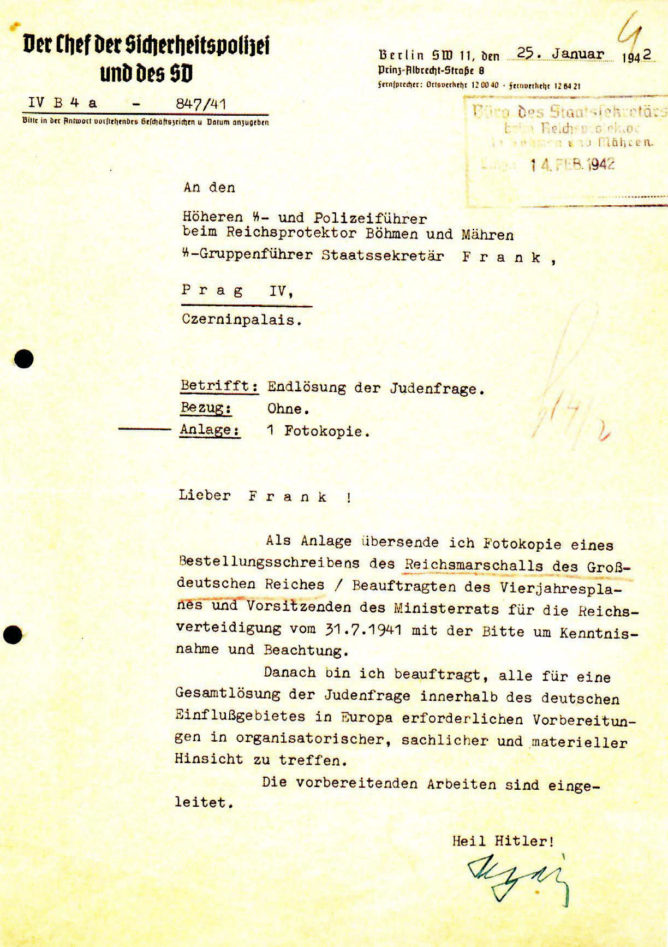 Letter of the Nazi administration concerning the “Endlösung der Judenfrage” (final solution to the Jewish question), 1942

It probably seems strange to be fighting against the notion of “solution.” After all, isn’t it what we must seek for each problem that infuriates us? “To each problem, a solution” is an idiom with which we have been continuously familiarized, and in the various architectural juries I attend, we hear either from the students or from their instructors a will to find the solution to the problem they tackled. I would like to argue that, beyond the simple terminology, the very principle of solution intervene in one of the most dangerous ways of thinking.

A few readers would have immediately associated the words “solution” and “final” in the title to the terminology used by the Nazi administration to talk about the Holocaust. “The final solution to the Jewish question” is not a horrifying euphemism, it is exactly what it claims to be: a solution, by definition final, to a problem defined as such by the Nazis. Here lies the first element of deconstruction of the notion of solution: the definition of a problem cannot be enunciated outside of an ideological context that produces the terms in which it is thought. Currently, in Europe, even socio-democrats talk about an “immigration problem,” which proves that the populist nationalist rights have won the “war of problems,” only differentiating themselves from the left-center parties for the radicality of their “solutions.” The xenophobic European ideology has spread so much that such an “immigration problem” is considered as granted and the terms in which it is posed almost never include the risks for migrants’ lives that result from the militarized defense of the European territory, nor does it recognize why Europe, through colonialism, carries a tremendous responsibility in the poor conditions of life that are fled by migrants.

Solutions imply that a given problem will be absolutely solved. It invokes the “end of history,” and, for that matter, capitalism could be considered as The solution par excellence. Our silly disappointment at revolutions that reproduce the same scheme of relationships of power once a regime is deposed is created by such illusive belief. As the FLN leader dramatically says in Gilo Pontecorvo’s Battle of Algiers (1966): “Starting a revolution is not easy, to pursue it is difficult, to win it, even more, but it is truly after our victory that real difficulties will begin.” Such a statement — even if pronounced retrospectively four years after the Algerian independence — is highly prophetic of the problems that Algeria has been experiencing since then. The belief for “the solution” is blinding us from the problems that are created by what we call as such. As soon as an idea is attributed the word of solution, everything will be subjected to its scheme regardless of the new problems it create.

If we are no longer seeking for solutions, what should we do then? Of course, such a discourse is in no way an invitation to cynicism. Because problems are defined ideologically, we should not be afraid of creating problems, providing that we understand their logic, the bodies and objects that will be affected by them, and embrace our responsibility. The notion of problem carries be definition the ambiguity we should consider when our behaviors and/or actions occur in society. On the contrary, the notion of solution will become, as soon as defined as such, a non-debatable organization that subjectivizes everything to its logic. Embracing the creation of problems as a political agenda prevents us to believe in any magical “end of history” or in the omelet for which one must break eggs according to the common idiom.