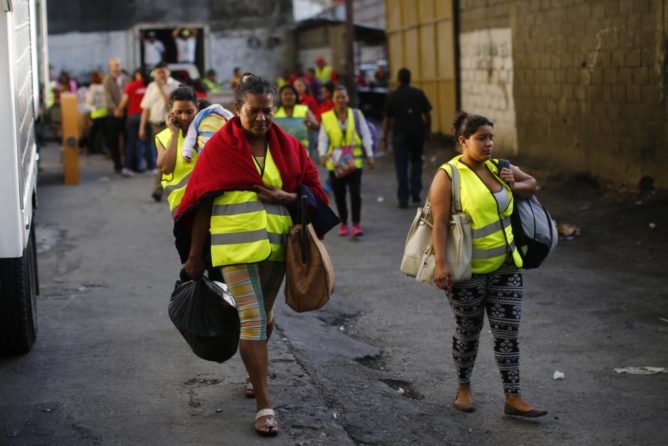 Yesterday, I received an email from a well-known art/design publisher describing, as an introduction, the on-going eviction of the Torre David in Caracas, whose never achieved high-rise structure has been hosting 3,000 squatters for the last fifteen years. The architectural appropriation of a capitalist structure by a multitude of proletarian bodies provided a dramatic aesthetic fetishized by many architects (me included, see past article). The tower is now being evicted, stripping away its inhabitants from their years of efforts to make their community function and to construct a sense of home. Passed the introduction about the on-going eviction, this same publisher presented its award-winning book dedicated to the Torre David and ended its article with the following statement: “We would like to recommend the book for review, as it is becoming a historical document due to the most recent events.”  As it happens, I do own a review copy of the book that the publisher was ‘recommending’ and, after having observed that it seemed to serve more the interests of its authors (and its readers) than the inhabitants of the tower themselves, I had refused to write an article about it. This, added to the inappropriate affirmation that this book is becoming “a historical document” while 3,000 people are forced into displacement, makes me wonder about the production of knowledge in which we take part.

The specific problematic case of this book, first brought up by friend Ethel Baraona Pohl, followed another critique by another friend on Facebook, tired of seeing academics “cynically and opportunistically capitalizing on the very real violence of the Israeli state for the benefit of their own career and to gain social capital among new peers.” The on-going siege on Gaza by the Israeli army (857 Palestinians killed, 167,000 displaced, according to today’s OCHA report) has indeed produce knowledge, which in itself is not necessary problematic, but the very contrast of destruction and production should already brings us to a careful questioning of our own practice as intellectuals. Of course, such questioning begins with oneself and the fact that my last six articles dedicated to the Israeli massacre of the Gaza population were more read than most other articles on this blog, coupled with the proposition that I then received (and declined) to participate to a book about Palestine, certainly indicate how precautionary we have to be not to confuse the absolute need to formulate an urgent scream when facing a situation and the construction of personal ambition. This is not easy as both seem to combine themselves relatively well in a first phase, but inexorably will then come the choice of whether to serve our interest or the interest of people with whom we feel the urge to be in solidarity.

If, as intellectuals we often wonder about our legitimacy to talk for groups of people, this is of course because often the position we are occupying is one of privilege comfortably set outside of the situation we are describing; yet, this is also because we feel how the production of knowledge to which we contribute often empowers us more than this group of people. My intuition about how to position ourselves in this delicate exercise is not to deny our statuses of intellectuals, but rather to fully embrace it, as someone like Jean-Paul Sartre suggests. What this means is for intellectuals to not only critique political situations and their relationships of power, but also to continuously critique the very language and positioning that they use and occupy. I remain convinced that exercising the first part without the second can only contribute to that against what it was supposed to fight in the first place. Only then we are able to talk for people, and we understand that it is because we are privileged to dispose of something as essential as time to do so, that our words success to meet our will.