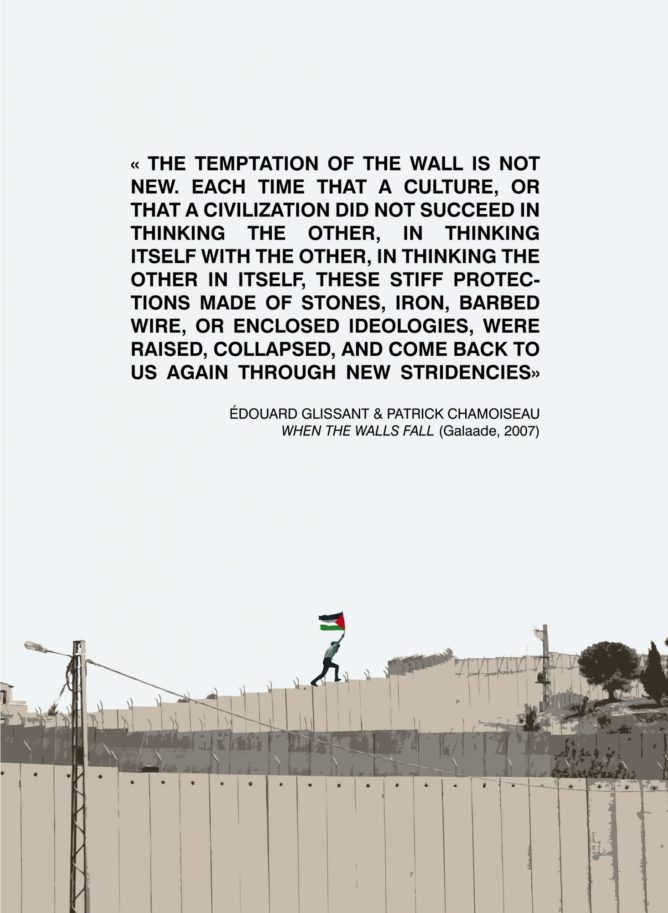 I started writing this article when the ceasefire in Gaza was still active and that, for the first time in 4 weeks, no one was killed for three days. As argued in a recent article, we need to put as much energy in critiquing the ordinary violence of the blockade on Gaza and the occupation in East Jerusalem and the West Bank than the one we have spent in our outrage to the recent massacre. The language we use for our political struggles informs the degree of resistance that it offers to the dominant narrative as Mimi Thi Nguyen have been arguing in the determining of figures of innocence (see past article and conversation on Archipelago). The Palestinian narrative for the future therefore needs to be carefully constructed depending on the vision at which it is aiming. Such prospects are always problematic, as they touch the delicate realms of “solutions,” which should be thought not as “ends of history,” but rather, within their own reconfiguration of relations of power. Since I already presented a speculative map of what the future of the region could (should?) be like, I would like to complement it now by proposing an inventory of terms we would need to use (i.e. the narrative we would need to convey) if we were to move towards such a future.

As said in the article to which I just referred, I am convinced that what is now known as “the two-state solution,” even if including the decolonization of the West Bank and East Jerusalem, would perpetuate most of the issues from which the Palestinians currently suffer and will even create some more: crystallization of borders, separation of the West Bank and Gaza, refusal to the right of return, sub-citizenship for Palestinians living in what would have became “the Jewish state,” immunity of war criminals. The fact that the Israeli government currently wants to categorize the Gaza strip as “enemy territory” in order to avoid paying reparations and guarantees its army from most complaints made, give us an idea of their will to absolutely separate from the Palestinian territory. If we refuse this speculative future for Palestine, we therefore need to adapt our language to convey a narrative that orient us towards an alternative. The following list is thus a lexicon informing the narrative for one state (or no state at all, as Sophia Azeb argues) and that we should repeatedly use if we want to aim toward this specific speculative future:

This short text is only an attempt to start such a lexicon that would construct a consistent narrative for the future of Palestine in that the words used for the critique of the current state of things would simultaneously imply a vision for a future manifesto. In this regard, the five terms introduced above inform a vision of a single state where they would have been dismantled and their authors would have been prosecuted. Nothing less could possibly be thought as acceptable.