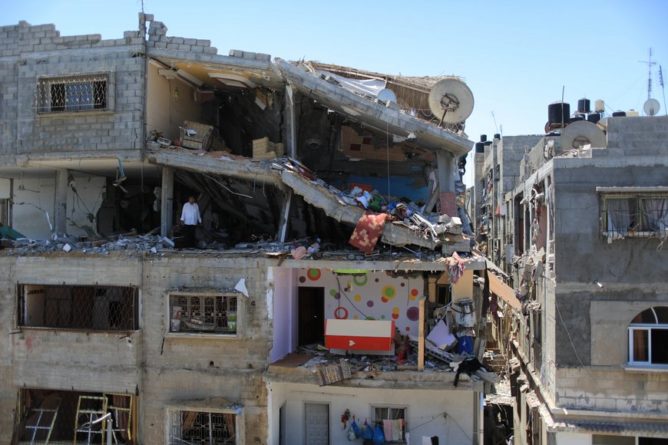 On July 13, 2014, Palestinian Gaza-based journalist Mohammed Omer wrote the following tweet: “Most difficult moment for a father: split his children in all corners of the house or all in one corner and die together?“. This heartbreaking question in the context of the siege of Gaza by the Israeli army reveals the duress (a term I learn yesterday from Ann Laura Stoler) of the situation for Palestinians. What it also brings back to light is the fact that the Israeli attacks are targeting domestic structures, such as hospitals, schools, and homes. But what is a home anyway? Privileged’s imaginaries invite us to think that it is the perfect embodiment of safety. As kids we play tag and, when reaching the zone where the rules prevent us from being tagged, we scream “Home!”. Later in our lives, we run away from someone in the street, reach “home,” lock behind us and take the deep breath that signifies that we are safe. Of course, as I have argued many times, this safety comes at a social price as the walls that form a home are almost always materializing the regime of private property, which imposes a form of violence in the exclusivity it gives to some bodies having access to it, and exclude others. And still, we all need a home where we can feel safe and appropriate, hence the tragedy of homelessness as described in a past article.

The necessary association of safety and home is however a luxury that many people in the world cannot afford, the Palestinians maybe less than anybody else. Many people of the West Bank see their homes raided by the IDF in the middle of the night, waking-up all inhabitants with guns in their face, then leaving with men and boys arrested until further notice. Gaza’s homes do not even see the ‘precautionary” presence of bodies on site but are subjected to F16 fighter jets’ and drones’ bombs that lead to Omer’s tragic dilemma. How does the paradigmatic architecture of the civilian realm thus become the favored target of military bombing? The Israeli army itself asks the question: “When is a house, a home?” This architectural section poster, prepared by the IDF as a propaganda kit for everyone willing to use disingenuousness to support its bombing, attempts to propagate the demagogic argument of “human shields” that embody the national alibi of the massacre it organizes. In this regard, it ought to be noted that no one serious seems to believe in the rationale of this argument, otherwise, questions about whether the IDF can then legitimately kill the “hostages” with the alleged “hostage takers” would have emerged. On Aljazeera, Nicola Perugini and Neve Gordon make a useful synthesis of the propaganda means created by the IDF to spread this simulacrum of argument. As we saw in a recent article, the goal of the IDF consists in transforming legal statuses: from a civilian body to a “warned potential collateral damage,” and, in the case of a house, from the status of home to the one of “enemy military building.” This strategy is however purely ideological. As we know thanks to the work of Eyal Weizman and his original work on “Forensic Architecture” (see past article), the internal calculation made by the Israeli army (and the American one in its “targeted assassinations”) is not as much a question of legal status, but rather the calculated amount of acceptable civilian killings for each military objective — that also includes the rate of mistaken objectives. 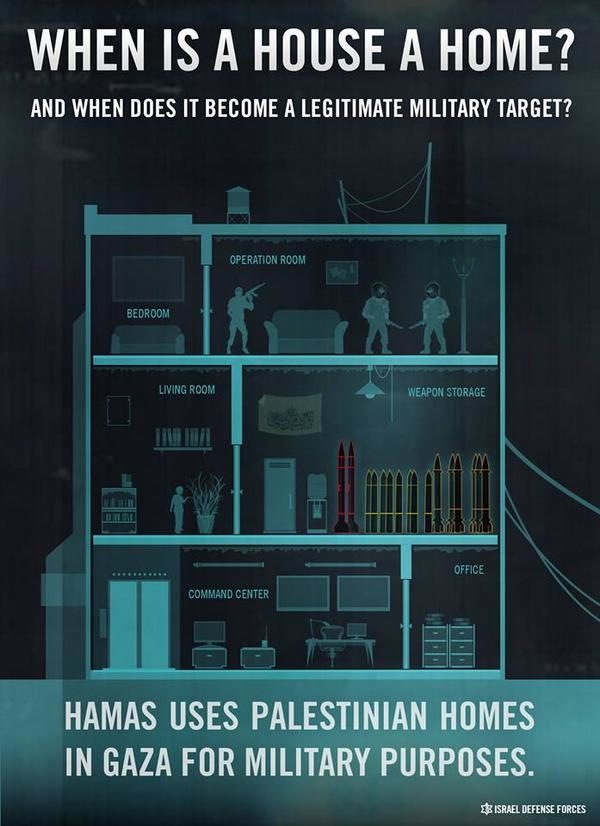 When looking at the on-going massacre, it is difficult to attach any importance to that which is not directly about human deaths. Yet, with this question “What is a home?”, we should also consider the attack on that which is not alive. This question brings us back to a form of collective punishment favored by the Israeli army: home demolitions. As I wrote two weeks ago, the demolition of home by whatever means is the destruction of a collective (whether familial, local or other) memory. Depending on the means of destruction (administrative demolition or bombing), the homeowners will or will not have time to take objects and furniture with them that will help to reconstitute this collective memory, yet either way, part of it is inexorably inscribed in the walls and space of the home itself. Moreover, the act of destruction itself constitutes a violent operation that not only materially shatter this collective memory, but also turns the home literally inside out, thus making apparent that which was only visible to family and friends. Such apparition of the private in the public realms is described by Ariella Azoulay in her essay “When a Demolished House Becomes a Public Square” for Ann Laura Stoler’s Imperial Debris (Duke University Press, 2013). Through it, Azoulay does not only describe the actual demolition of Palestinian homes in Gaza, but also the desacralization of their privacy by Israeli soldiers when they occupy one: she talks of the “sanctity” of the home. This sanctity is profanated by the bulldozer, the bomb, the soldier. Once again, this profanation is not much compared to the sanctity of life itself, which should be the one priority of the struggle; yet the fact that the profanation of Palestinian homes’ sanctity has been organized and implemented since 1947, it is therefore important to insist on this aspect of the militarized violence developed knowingly by the Israeli army.