Léopold Lambert – Paris on February 22, 2016
If you enjoy articles of the blog, have a look at The Funambulist Magazine!

Last November was inaugurated in South Paris the new building of France’s Ministry of Defense, immediately nicknamed “Pentagon” by journalists for its massiveness and its imperial iconography (something that the journalists did not seem to mind). The list of problematic points regarding this new building is long and, despite the fact that some of them are specific to France, I have no doubt that it can stand as an example of many other similar buildings in the world.

The first of these problematic point has to do with the building’s function, of course, since it hosts the national military headquarters. Although we can see how delusional are France’s successive Ministers of Defense and Foreign Affairs when they think of their country like an indispensable actor in world’s geopolitics, its army remains an important interventionist force currently deployed in nine countries (Chad, Mali, Central African Republic, Lebanon, Ivory Coast, Djibouti, UAE, Gabon, Senegal). Eight of these countries are former French colonies, and the army is also deployed in the ultra marine departments and territories that never accessed to independence. Of course, the architect as no agency over military decisions, but just like for any other building’s program, he — I will consistently use “he” and “his” in this article for reasons that are made obvious in the title — necessarily contributes to the political agenda of the individual or collective form for which he designs.

The second point concerns the budget allocated to the building’s construction: more than one billion of euros. Of course, comparisons of national-scale infrastructure with the multitude of individual economic struggles are easy to make and sometimes, lack of rigor, but when it comes to a building designed to accommodate the military headquarters of a warrior country, this type of comparison certainly leads us to perceive this country’s priorities — in April 2012, the city of Paris also sued the construction permit that prevented the municipality to build social housing instead. Moreover, part of the reason this budget is so high may be because of the crooked partnership between the French State and the construction company Bouygues Construction whose owner is no-one else than billionnaire Martin Bouygues, good friend of Nicolas Sarkozy, then President of France when the bill was won. The profits made by Bouygues and its partners are massive, since the public-private partnership make the State only the tenant of this space, not the owner. Beyond the likely corruption that is currently under judicial investigation, the precise item billing may be indicative of how profits are also made in aggregate details: electric plugs billed for 1,000 EUR each, printers setup for 13,000 EUR, a door being changed from one opening direction to another, billed for 2,000 EUR. This kind of overpriced agreements remind one of the many judicial investigations in which Sarkozy is currently subjected, when his 2012 presidential campaign was billed for overpriced events (some of which never actually occurred) by a friend’s company.

The issues presented above are however specific to France and may not be as interesting for readers as a more comprehensive account of the architect’s contribution to such an operation. A short news reportage interviewing the architects of the “French Pentagon” (the architecture office A/NM/A) is, in this regard, eloquent. A first interview with one of the architects, Cyril Trétout, insists on the intrinsic secrecy of such a project, and the occasional ignorance experienced by architects regarding what they are designing (a large underground facility to which they had never gain any access), which recalls the leaking of the hyper-securitized new U.S. Embassy in Baghdad in May 2007 by its architects, Berger Devine Yaeger Inc. As described in a past article entitled “The Architectural Drawings as Military and Judiciary Documents,” this story shows well how something that appears as benign as the architectural plan is, in fact, a sensitive document in the understanding of a given place’s organizational space it allows. A second interview with Nicolas Michelin, A/NM/A’s main partner and renowned architect in Paris, allows us to understand a second aspect of the architect’s role in this military building. Proudly describing how his building can resist a bomb or plane attack, we can see in this attitude both, how much the militarized function of the building constitute a ‘boy’s dream’ for the architect. The insistence on the roof “looking like a furtive military aircraft” — are we to believe that the building is supposed not to be detected by radars?! — is also very indicative of such a male fetish.

Of course, this article does not mean to contribute to a mediocre psychoanalysis session of Michelin and his two male’s partners, picturing them playing with little soldier figurines as children and reproducing here in reality their child fantasy. Instead, the argument behind this observation lies in how much architecture, as a crystallization of a given society’s relationships of power bears in itself a fundamentally male (understood as a position within these relationships) exercise, which becomes exacerbated in the context of a military program. This is not to say either that this building’s design would have been fundamentally different if undertaken by a female architect (a Condoleeza Rice equivalent of an architect) — although this may still be worth wondering — but, rather, that the very function and spatial organization of this building correspond necessarily to a male exercise of architecture. Lastly, this argument does not condescendingly mean that violence is a male thing, contrasted by female’s intrinsic “softness!” What this means is that male architecture/violence corresponds to a reinforcing of normative schemes of domination, and that we can undertake to design female or feminist architecture that violently challenge such schemes. For all these reasons, we can see how such an architecture would be the opposite of the so-called “French Pentagon.” 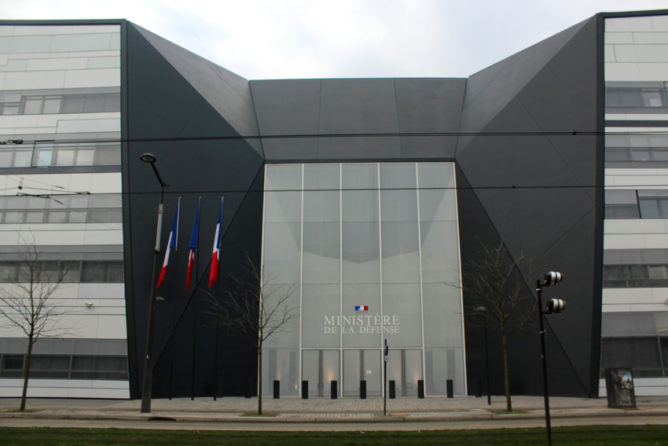 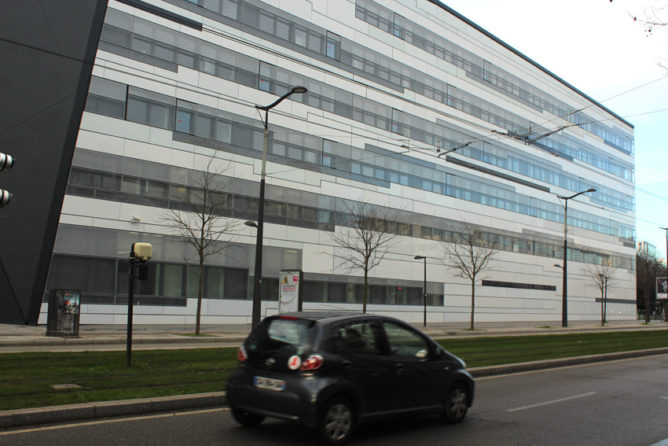 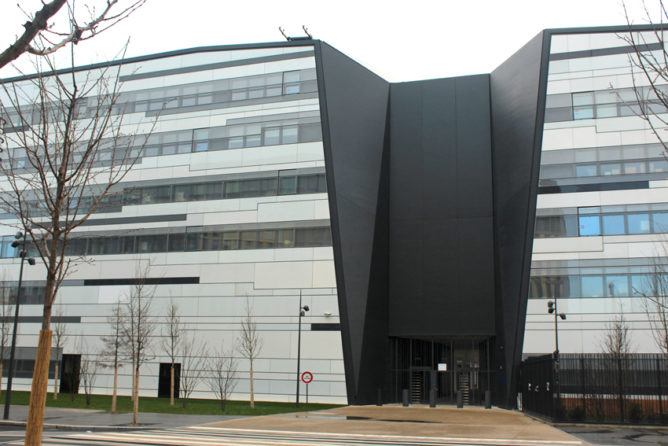 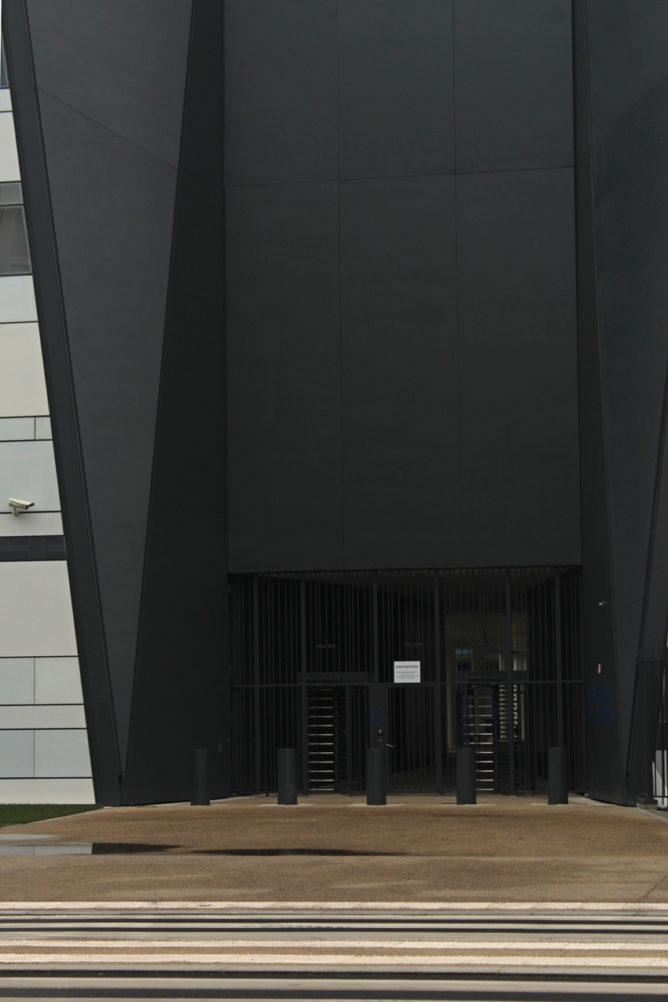