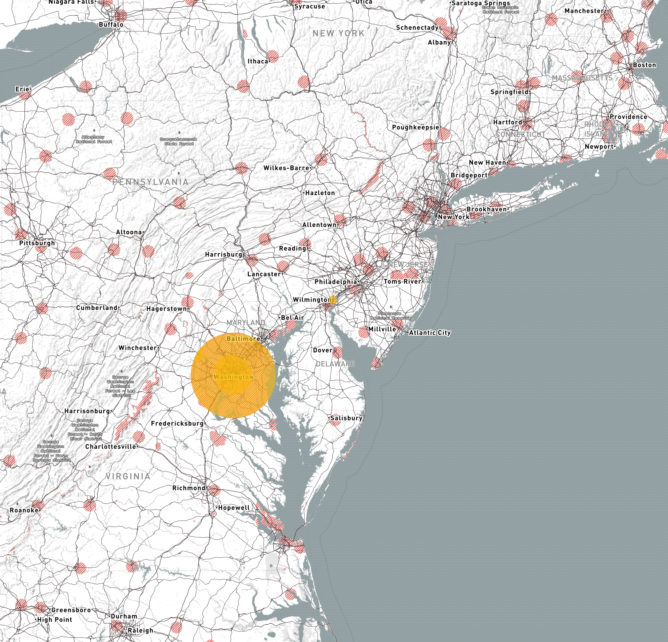 Léopold Lambert – Paris on January 29, 2015
If you enjoy articles of the blog, have a look at The Funambulist Magazine!

In the recent days, two similar incidents were reported around the presidential residencies of France and the United States. On January 16, a small drone has been seen flying above the Élysée (French presidential palace), revealing a breach in the security of the complex, only two months after photographs of President Hollande inside the gardens were published, leaving the presidential staff clueless about whether these photos had been taken by a drone or not (the magazine denied using one). Two days ago, a similar incident occurred this time in the vicinity of the White House in Washington DC, when a 2×2-foot commercial drone crashed in its gardens. The spectacle of the American news channels exacerbated this almost non-event (it was candidly piloted by a drunk government worker) to the point that CNN anchor Wolf Pritzker suggested to set up the equivalent of the Israeli automatic rocket launcher so-called “Iron Dome” in the White House Complex! However, what these two incidents reveal, beyond the irony of the ‘droner-became-droned,’ is the banalization of drones in the civil realm leading to new legislation regulating their use.

The maps showed above and below are fragments from an inventory of the zones where the flight of drones is illegal in the United States as identified and updated by Map Box. Besides the particular case of Washington DC, this map mostly shows the automatically restricted areas around airports (5-mile restriction), military bases and national parks, revealing the lack of specificity from the legislation so far. A few yellow spots on the map nevertheless indicate more specific zones that are interesting to examine. The two Disneyworld parks, in Florida and California, are part of these specific areas; other might be temporary restricted zones as the Federal Aviation Administration established in its constantly changing list of restricted areas depending on the geographical situation of State dignitaries (stated as VIP in the list), hazards, or air shows. The map is thus always evolving yet, its enforcing semiotic remains quite loose. After the White House incident, the drone’s manufacturer promised to integrate the impossibility for its drones to fly in Washington DC within its controlling software, thus erecting an invisible “electronic fence” around the city (see article here, with a short excerpt of President Obama asking for “more drone regulation”). In addition of the multitude of restraining walls composing our cities, we should thus soon expect to see an additional layer of barriers added to them.

The proliferation of civil drones prepares an imaginary accepting the next logical step: the development of police drones continuously flying over our cities. On France’s national day in 2006, a drone had been already spotted above Paris’s Northern suburbs, thus prophetizing the vision of a near future where such flying objects will be plethora. The New York Police Department  already owns three submarine drones, and contemplates to use aerial ones for anti-terror purposes. As usual, the very word of terrorism will open legislative doors, making it easy to generalize its function later on.

In October 2013, a Pakistani family testified in the American Congress about the US drone attack that killed its matriarch one year earlier. In a particularly poignant statement, 13-year old Zubair Rehman told the Congress that he now “prefer[s] cloudy days when the drones don’t fly. When the sky brightens and becomes blue, the drones return and so does the fear” (source). Such a statement saddens us for its symbolical aspect and our own candid association of blue sky with joy, especially for children. However, it involves much more consequential aspects, insofar that something as natural as the weather can form the degree of weaponization of a given situation. Will we also wish for less blue sky when the sounds of the drones above our heads will have become the ubiquitous background noise of all cities?