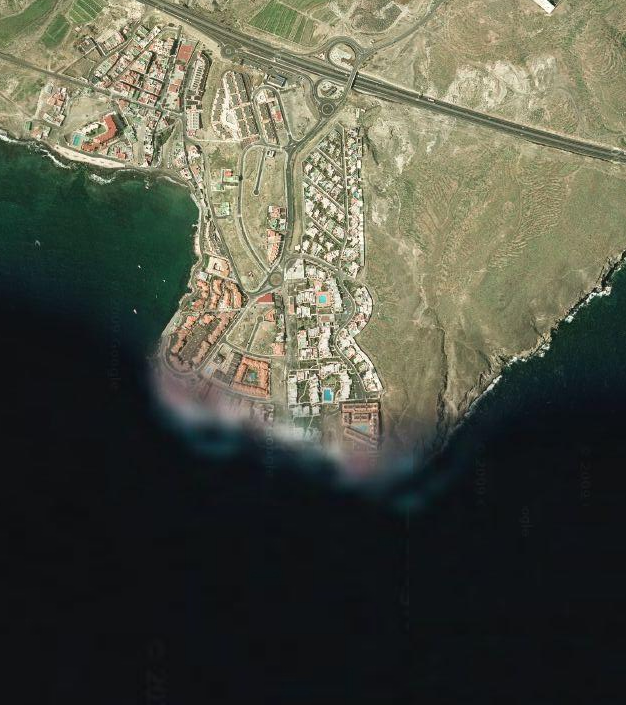 Our friend from Deconcrete, Daniel Fernández Pascual wrote this week’s guest writer essay in which he questions the idea of sovereignty on territories that remain legally blurry. Indeed, the paradigm of the two-dimensional map cannot be enough anymore to describe lands (sky, underground, space, other planets etc.) whose sovereignty had never necessitated to be discussed in another way than theoretically in the past. Our era opens a new paradigm in which the legal action of a State on a territory will be defined through the complexity of space and its multiple layers.
Nowadays, the American military drones fly over Pakistan, Iran, Yemen, Somalia without being seen. The United States are not officially at war with those states and such activity could be considered as an invasion. Once again the example of Palestine is interesting. There are a lot of us who describes the territorial struggle via maps and based on two dimensional interpretation of space. I usually use the figure of 63% to explain the part of absolute territorial control that Israel exercise in the West Bank. In reality Israel controls 100% of the Palestinian sky, 100% of the aquifer of this same territory and many part of the underground in which roads have been built to link the Israeli territory to the various settlements. In addition of that, the water of the Jordan river, the Dead Sea as well as the immediate part of the sea that should belongs to Gaza (thus controlling the fishing economy).

Daniel proposes at the end of his essay to rethink the space of the boundary, maybe the very notion of sovereignty has to be transformed as the Rabbi Martin Goodman proposes for the Israeli/Palestinian territory in his proposal of a double sovereignty for a same territory. A similar proposition was made approximately at the same time (last summer) by Keith Kahn-Harris who was basing his vision on China Miéville’s novel The City and the City in which two cities occupy the same place without interfering with each other…
My introduction is too long, I leave it to Daniel and his remarkable essay:

The Funambulist Papers 20 /// The Clear-Blurry Line

A good part of globalization consists of an enormous variety of micro-processes that begin to denationalize what had been constructed as national—whether policies, capital, political subjectivities, urban spaces, temporal frames, or any other of a variety of dynamics and domains.
Saskia Sassen[1]

Harvesting energy from the centre of the Earth, squeezing drinking water from maritime fogs, grabbing atmospheric pollution among international agents or even discovering treasures from sunken ships, they could all become soon the main sources of wealth for today’s nation-states. But who do all these resources lawfully belong to? The physical boundaries of a country extend far beyond a two-dimensional geographical border. Surrounding the ground surface, three areas of sovereignty – waters, airspace and underground – together with their three dynamic limits articulate these clear-blurry lines. Where does sovereignty of a nation-state actually end? How is that line drawn? Big efforts on their demarcation interfere with being tightly linked to large circulation of capital and economic resources. Regulations struggle to define clear lines, which reality immediately blurs. We are still uncertain how to locate them with accuracy. How to demarcate spatial rights on the fluid sea, the moving clouds and the melting magma? The logic of modern sovereignty over natural resources of a territory is being inverted. It is the notion of collective natural resources that is superseding and reshaping our current system of sovereignty. We are experiencing more and more a shift from the flatness of the nation-state towards four-dimensional complexities. How does critical spatial practice operate within this frame?

Let me take the Spanish case as a first example. Spain has 7,880 km of seashore. It is nonetheless any bucolic or naïve landscape. It is the ultimate fighting arena for a clash of interests among politicians, investors, nature and citizens. Urban booms, corruption, real estate speculation, crisis and natural disasters are the forces that constantly stretch the seaside. If we fly along the shoreline of Spanish Atlantic island Tenerife with Google Maps, some mysteriously blurred spots appear. An artificial fog veils sometimes constructions; other times, landscapes in process of urban change. The proximity to the dark blue deep waters reminds of the Terra Incognita or Hic Sunt Draconis (Here be dragons) legends that used to designate unknown territories in Renaissance maps. The uncharted was nonetheless named or represented at that time. But back to the Canary Islands today, there is no apparent technological reason for such inaccuracies. The shoreline, being one of the most contested sites for its speculative potential, makes the demarcation of the physical limit between sea and land a constant conflict. It seems that the less information accessible to the public eye, the better.

The Spanish Shore Protection Act (1988) basically draws two lines: the shoreline, according to the very questionable principle of the highest tide ever recorded in history; and a 100-m offset easement of protection, where no construction is allowed. If any building already exists on the strip is sooner or later to be torn down, losing any private property rights. EU authorities, which pushed the law to end with massive coastal developments, are also facing claims coming from many Northern Europeans with second residences by the shore under potential menace of demolition. For instance, one of the coastal blurry spots in Tenerife in the picture above corresponds to the summerhouse of a famous Swiss architect. The spectacular real estate bubble was very much connected to the legitimacy and criteria of local authorities providing building permissions based on their own interpretation of the law. Speculation in this Terra Incognita has rather become what Rogoff describes as Terra Infirma:[2] geography in crisis that is unable to represent the immense changes that have taken place in a post-colonial, post-communist, post-migratory world (post-urban and post-sovereignty I would add). It is relevant to mention that sands also take part of this territorial negotiation of the boundary. Several beaches in volcanic Canary Islands have been literally importing pieces of the Sahara desert with its yellow sands into Spanish territory. The shoreline puts an end to the land and a beginning to territorial waters, which extend to another offset parallel line 200 miles away from the coast. The domain of international waters constitutes the following ideal framework for profitable market-exceptions.

Demarcating the line between airspace and outer space becomes a similar odyssey. International law claims that every state has complete and exclusive sovereignty over its airspace (Chicago Convention 1944) and that outer space is meant to be international domain: the ‘province of all mankind’. There is no official rule for the boundary outline, except for the (beautifully named) Air Law and Space Law. We could also read this as if the atmosphere were no actual space! Oduntan brilliantly suggests in his essay The Never Ending Dispute, that ‘it indeed may be better not to grant sovereignty over the airspace at all than to grant it without specifying precisely where it ends.’[3] In his text, he goes through different schools of thought arguing for possible versions of this uncertain boundary. It even deals with nations vertically overlapping, such as the case of the US partly controlling the airspace over the Pacific. As a result, sovereignty is turned into a malleable volume that does not always correspond with its horizontal perimeter. According to other theories, airspace is to aircrafts, as outer space to spacecrafts. The difference relies on the line where the flying object loses its aerodynamic lift and centrifugal force takes over (this happens approx. at 53 miles high). Eventually, it is the machine typology that demarcates the boundary of sovereignty[4]. But as Oduntan sharply points out, this rule needs to be discarded if confronted with hybrids like the X-15, a manned rocket-powered aircraft able to navigate in both.

Another controversial demarcation of the same boundary is determined by the speed of the flying object. Every movement with less than circular velocity has to be considered a flight through airspace regardless of its height. As soon as an object has escape velocity, it becomes a space flight. Then, one could speculate again with hybrid aircrafts accelerating up to 11 km/s just to avoid restrictions of nations denying transit through their airspace.

Apart from the three-dimensional space wrapping a country, sovereignty disputes can even be related to a line itself, like the near-polar orbit. A satellite using a very specific invisible trajectory also turns into economic resources, where time and duration play a decisive role. In the Bogota Declaration (1976), eight equatorial states claimed rights up to the geostationary orbit (GSO), 36,000 km above their territories. And what happens to the moon? The Outer Space Treaty (1967) — forming the basis of international space law and signed by the United States and other major spacefaring nations — prohibits countries from exercising territorial sovereignty over the moon or other celestial bodies. But it doesn’t prohibit resource extraction, in the same logic as the concept of international waters.

The challenge of global market and resources defining new territorial boundaries makes nation-states become more and more flexible in their management of sovereignty. As Ong pointed out with his idea of flexible citizenship,[5]  ‘in the era of globalization, individuals as well as governments develop a flexible notion of citizenship and sovereignty as strategies to accumulate capital and power.’ As a result, we face the conflict of developing nations outsourcing mining concessions to foreign investment. By this fact, the underground of a country becomes the subject of a new conception of post-colonial sovereignty. Who has the right to drill a gas pocket expanding underneath several nations? What happens with oblique drills overpassing surface boundaries? Until now, mining resources simply belonged to the state they are located in, without limit in depth. However, it might arrive the day when boundaries at certain depth towards the centre of the earth play a decisive role aided by new prospection and drilling techniques. As for today, the ‘deepest nation-state’ in the world is South Africa (Tau Tona gold mine, 2.5 miles deep).

Far beyond using the highest man-built towers to demarcate the aerial boundary of a country, what will be the role of architecture in all this turmoil? We could assist to an emergence of fantastic typologies of flying cities, floating settlements and excavated resorts either supporting models of these clear-blurry boundaries of sovereignty, or trying to trick the same laws demarcating them. Political powers have been colonising new territories throughout history by means of built infrastructure, be it the vast network of Roman roads, or the Laws of the Indies for urbanisation of the Americas under the Spanish Empire. There is a whole set of possibilities coming from post-sovereignty space. Not in the sense of determining who belongs to, since the market logic will take care of it, but to articulate the space of the boundary.