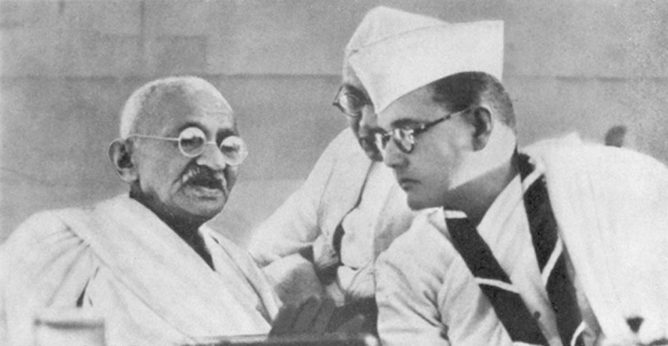 Thanks to Mimi Thi Nguyen, I got to read Clothing Matters: Dress and Identity in India (University of Chicago Press, 1996) by anthropologist Emma Tarlo. This book focuses on five distinct and successive clothing paradigms that India has experienced in the last century and half. There is so much to write about them that I would like to only focus on the two first ones (ending with the Indian independence in 1947) in this article and to keep the three following ones for another text.

One of the systematic characteristics of the colonial organization of another nation consists for the colonizers to categorize a part of the colonized population as elite that is entitled to some privileges in society. This categorization can be done through ethnic differentiations (the Rwandan 1994 genocide tragically showed how this ends after the independence), religious ones (listen to the Archipelago conversation with Harjant Gill about Sikh men being privileged by the British colonizer), or it can also operates through less ‘essential’ properties, through voluntary behavior like the one of wearing the colonizer’s clothing rather than the colonized one. In the context of the Indian Raj, Tarlo first evokes the social and functional reasons that would prevent a priori Indian males from wearing European clothing, but that is sometimes transcended by the will to be treated in a better way by the British. Clothing has indeed the semiotic power to suggest a certain social positioning within society, as well as a behavior related to this positioning:

There were plenty of reasons why Indians might not have wanted to adopt European dress. It was heavy, restrictive, unsuitable to India’s climate, expensive by comparison to Indian dress and comparatively difficult to obtain. Furthermore, Western clothes did not fit into the existing classifications of appropriate caste, regional or religious styles. A number of Hindus felt that dressing in European clothes, like eating foreign food or travelling abroad, was a violation of caste. […]
There were other risks in adopting European dress. It not only made an Indian man look different from his fellows, but meant that he also behaved differently. With the clothes of the European came a whole new etiquette which often conflicted with accepted Indian ideas of respectable behavior. (Tarlo, 44)

Despite the inconvenience and discomfort of European dress, there were a number of reasons why Indian men might have wanted to wear it, even if it was only a temporary adoption. Being dressed in European clothes was not only a means of self-presentation, it was also a means by which one was judged by others. There were undoubtedly privileges in being dressed like the proverbial English gentleman. Even if the British did not actually want Indians to wear European dress they none the less treated them with greater respect if they did. (Tarlo, 54)

There is therefore a tension for the Indian males who would like to be simultaneously respected by the British without appearing as betraying his people since both of these effects can be triggered by clothing. This tension thus translates into the adaptation to the given context, and Tarlo evokes the quasi-burlesque procedural changing of clothes that the Indian elite has to go through when changing of social context:

One of the major problems with changing one’s clothes to suit the context was that one had to decide where one context ended and another began. This involved some kind of prior knowledge of the contexts in which one was going to move, but even if this knowledge was readily available, there was still the problem of the awkward moment of transformation itself. Where and how should a man actually perform the act of changing his clothes and how could he avoid being caught embarrassingly in the middle of the act. (Tarlo, 54)

It would be a mistake to think that the categorization of the colonized population into two classes, an elite and a pariah one, is an incidental mechanism of colonization: it is, on the contrary, a strategic application of the old adage “divide and rule” that prevents this population to politically unite against the colonizers. Just like for any other social categorization of bodies, this strategy unfolds itself spatially and socially in the details that rule daily life as Nirad Chaudhuri illustrates in Culture in the Vanity Bag (1976):

“When I was young the public conveniences of Calcutta were always segregated: there used to be, on one side, a set of them meant for us, the natives of the country, and, on the other, another set for ‘Europeans’. When the Corporation of Calcutta became completely Indianized at the end of 1924, the signboard ‘Europeans Only’ was changed to ‘Gentlemen in European Dress’, to avoid giving offence to racial sensitiveness (Chaudhuri 1976: 88).”(quoted by Tarlo, 55)

Facing this separation of the Indian population, a few thinkers, like the brothers Jyotirindra and Rabindranath Tagore undertook in the 1910s to reflect on what might be an Indian national costume that could unite the colonized bodies together. The paradox that these thinkers faced is explained by Tarlo: how to design a costume that would look forward when modernity systematically brings them back to Western logic? While Jyotirindra attempts to compose a costume that incorporate a sense of modernity (therefore Western) with one of Indian tradition, Rabindranath responses to this problem by refusing any influence from European clothing and by trying to unite the sartorial properties of Hindus and Muslims instead (Tarlo, 59).

These first attempts were soon followed by similar motivations from Gandhi himself who knew well the social position one embodies when wearing European clothing since he spent an important part of his youth doing so. Similarly to the Tagore brothers, Gandhi sees as much importance in the design itself than in the means of production. In term of design, his well-known cap, for example, constituted a cheap and visible component in the construction of a semiotics of resistance. It is interesting to notice this semiotic happens to be re-used recently through the use of the Gandhi cap by the Aam Aadmi Party (the Common Man Party) that positions itself as a new electoral alternative against the two political behemoths of the Congress Party and the Bharatiya Janata Party (Indian People’s Party). As for the means of production, the khādī, which is hand-woven — Gandhi would then invite the members of the Congress party to weave at least 30 minutes every day — resists the British colonial regime in two simultaneous ways: the impossibility to determine a semiotic of domination within the Indian society (no more elite) and the boycott of the colonizer’s means of production and economy. This last point is crucial as it hurts colonialism at the core of one of its fundamental principle: the active participation of the colonized population to the colonizer’s economy in particular the one developed within the very function of the colonial economy itself. This is how in 1930, Gandhi adds to this boycott of the European clothing industry the one of the British salt by leading the Salt March that triggered the local production of salt in disobedience to the the occupiers’ law. This aspect of the Indian independence struggle is particularly important as we (in the West) naively understand Gandhi as a non-violent idealist, when he and his allies were actually actually redoubtable strategists who knew where to place efficient strikes against the British (non violence being one of them). Tarlo quotes Susan Bean in Gandhi and Khadi: The Fabric of Independence (1989) who calls Gandhi “a semiotician” (Tarlo, 62) in how he succeeds to communicates his political manifesto through his appearance only:

“He used his appearance to communicate his most important messages in a form comprehensible to all Indians. Engaged in the simple labor of spinning, dressed as one of the poor in a loincloth and chadar, this important and powerful man communicated the dignity of poverty, the dignity of labour, the equality of all Indians, the greatness of Indian civilization, as well as his own saintliness. The communicative power of costume transcended the limitations of language in multilingual and illiterate India. The image transcended cultural barriers as well. His impact on the West was enhanced by his resemblance, in his simplicity of dress and his saintly manner, to Christ on the Cross (Bean 1989: 368).” (quoted by Tarlo, 63)

Because the various decolonization wars were, by definition, asymmetrical in the means to fight them, it was always obvious for the independence struggles that victory would not be achieved by an actual destruction of the colonizing army (although in the case of India, the idea of such destruction still motivated the ambitions of a few people like Subhas Chandra Bose), hence the potentiality for the use of non-violence as a paradoxical weapon. However, because of the geographical separation between the colonizing army and settlers and the rest of the European population (this is even more true in the case of India than in the one of, say Algeria or Morocco), the semiotics constructed (among other things through clothing) by the independentist movements is particularly important in how it communicate not only with their pairs, but also with the the population in Europe too, as Tarlo illustrates through the famous visit of Gandhi wearing khadi in England in 1931.

As it is always the case in successful independent or revolutionary movements, the threshold constituting the independence or revolution separates a resistive semiotics through a certain amount of signs including clothing from the same signs that can no longer signifies the same things. This is how begins a difficult construction of unity within the newly independent nation no longer sharing the common concern of liberating itself from the colonizers.