Léopold Lambert – Paris on April 6, 2017
If you enjoy articles of the blog, have a look at The Funambulist Magazine!

The five following film/books dedicated to a specific aspect of the Algerian Revolution (1954-1962) from a fascinating historical series in which each new volume is engaged in a productive dialogue with their predecessors. Although this dialogue is fairly common with history books that need to acknowledge the genealogy to which they belong, this specific series of works indicate this genealogy directly in their titles:

I have (serendipitously enough) watched/read these five film/book in their chronological order and they now constitute very important documents in a research I have undertaken to propose in the future a hopefully comprehensive spatial/architectural analysis of the five states of emergency promulgated by the French State since the legislative creation of this state of exception in 1955. As the fifth of these states of emergency is still ongoing since November 13, 2015, there is no doubt that history can teach us a lot about France’s colonial continuum today. 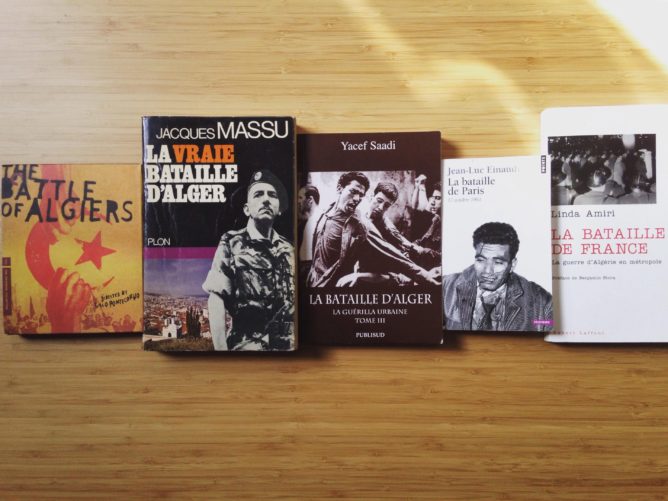