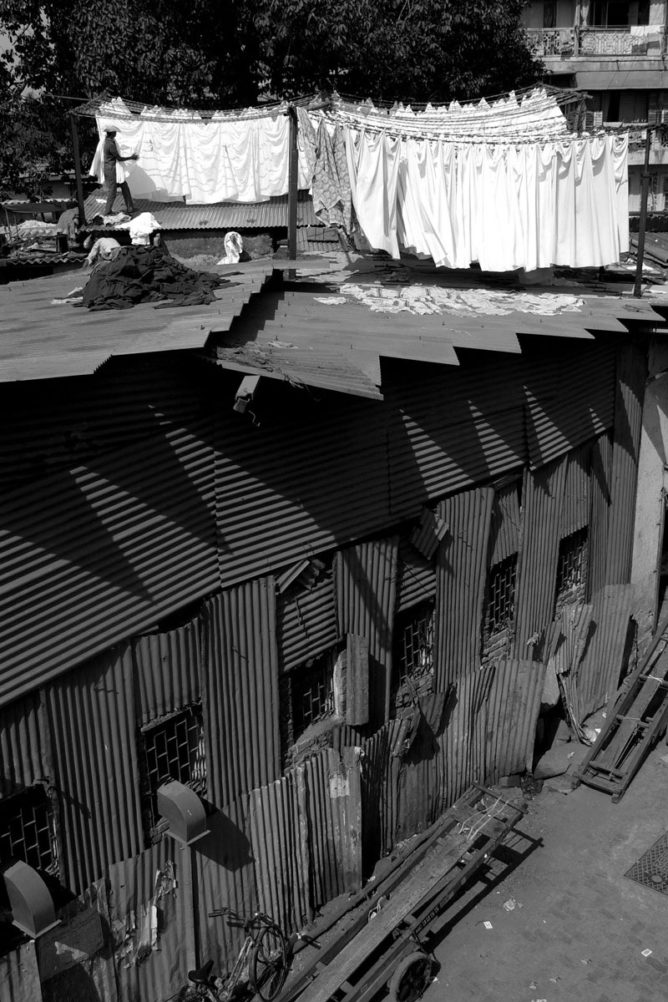 Léopold Lambert – Paris on March 7, 2015
If you enjoy articles of the blog, have a look at The Funambulist Magazine!

Architectures without architects have rarely been so popular among…architects. From Rio de Janeiro’s favelas to Caracas’s Torre David, without forgetting the historical example of Hong Kong’s Kowloon Walled City, we can currently see an important amount of researches and projects targeting iconic architectures whose immanent construction never necessitated an architect’s intervention.

Like for every political problem, we are facing simultaneously a question of positioning, and one of production. This fascination for the “architecture without architects” – I am using Bernard Rudofsky’s 1964 exhibition’s terms here – almost always exercise itself from outside the object it attempts to describe. Such positioning is however not problematic by definition, but it can become as such when we romanticize the other through a mythical narrative dramatizing what separates us from this otherness. An experience of reality lived from within these architectures would easily dissipate most parts of this mythical narrative. Nevertheless, this experience is often prevented by the myth itself that tends to criminalize populations living in them.

The question of the production of such projects and researches is also fundamental. What do we produce? Why do we produce it? For whom do we produce it? The fact that many of these researches integrate numerous architectural drawings of architectures that did not necessitate them to be built, indicates how architects seems to more or less consciously retroactively claim the ownership of these architectures. Similarly, we cannot help but notice that rewards, awards, and salaries attributed to these researches and projects are always distributed to authors and architects and not the populations living within their objects of fascination, despite the fact that the latter’s inhabitants’ political and economic situations are fundamentally precarious.

Does that mean that architects should turn their back to architectures that did not need them, in order to focus on their architecture, their stars, and their annual Pritzker Price? Absolutely not. Slums’ and other squats’ architectures can teach us a lot insofar that we are willing to acknowledge both our ignorance and our own responsibility within a political and economic system that forces entire population into a precariousness that is materialized architecturally. Acknowledging that we take more part in the problem than in its solution invites us not to think of our intervention as thaumaturgic or divine.

What immanent architectures teach us is that architecture is a political weapon. They do not have the arrogance of thinking of themselves as solutions to a problem: they incarnate simultaneously a cry for political existence and a spatial and communitarian negotiation. When these architectures are destroyed by local authorities to leave room for new capitalist and/or ideological, the violence exercised on them is also exercised on their inhabitants and their very existence within the city and, by extension, their existence within society. Each day of existence of these architectures therefore expresses the right to the city for their inhabitants in opposition to the spatial domination exercised by the so-called “law of markets” associated to national and municipal governances. It is rare that architects also place themselves in opposition to such domination. The architecture that we contribute to build crystalize too often the dominant relations of economic and political power within the city. The fascination that we have for immanent architectures thus correspond to a creative process contrary to the one with which we are familiar. The humility that we propose is not a renunciation or a useless corporative self-flagellation, but it rather is a learning desire regarding the crucial political implications that architecture – that go much beyond the expertise domain of architects – develops within a given society.