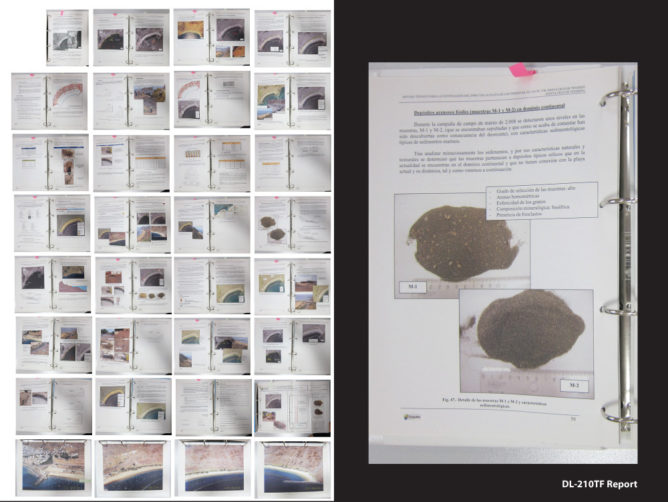 Daniel Fernández Pascual is no ordinary architect. His online platform, Deconcrete, is a cabinet of architectural curiosities, an inventory of structures that find their peculiarity not so much through their form, but rather through their ambiguous legal properties. His academic status of PhD candidate at Goldsmiths University of London and his participation to the fascinating collective Forensic Architecture could make us think of him as a scholar. However, he also talks about territories, culture and economics through another activity at which he excels and that he sometimes publically perform, cooking. As he writes himself, “food shapes markets, and markets shape flows of capital, and capital shapes territories, futures and speculation; but also because territories shape governmentality, and governmentality shapes sovereignty, and sovereignty ultimately constructs living space.” (The Funambulist Papers Volume 1, Punctum Books, 2013.)

The question of governmentality and sovereignty evoked by Fernández Pascual at the core of his research was the topic of the conversation I had with him on October 27, 2013 for the Funambulist podcast platform Archipelago. His main object of investigation concerns the coast of his native country, Spain, and the administrative blur that results from ill-definitions of the location of the coastal line that separates the land (where one can build) and the sea. The archaic legislation born from the Roman law that places the coastal line at the highest historical tide seems not so well equipped to partition territory at the time of global warming. It is however still applied to the Spanish coast and Fernández Pascual’s research involves the study of geological surveys in territories debated between ecologists and developers. The degree of a salinity of a soil at the microscopic level can have determining political consequences at a macroscopic level.

Here lies Fernández Pascual’s work. When nation-state sovereignties were historically claimed by the power of military weapons – the partition between national and international waters would be determined by how far a cannonball could reach from the coast for instance – our era now counts different weapons to claim objects and territories that were unreachable in the past. Sovereignty is no longer exercised only on the land from one sea to another; it now addresses the bottom of the ocean, the depths of the earth, as well as atmospheres, clouds and outer space. Here again, geological surveys can have tremendous consequences in the legitimization of a claim of sovereignty. As Fernández Pascual recounts, the international legislation stipulates that such a claim can be made by a state on the bottom of the ocean if it is recognized that its geological composition proves enough similitudes with this same nation’s soil.

It is fundamental to insist on the fact that the modern claim of sovereignty, born from the European 19th-century colonialism, no longer concerns the quantitative expansion of a nation’s territory like it used to be in pre-modern era. What is claimed beyond the strict sovereignty is the economic exploitation of resources of these territories. The question asked by Fernández Pascual about how deep into the earth can sovereignty be claimed has only a meaning because of the exploitation of ore. This is how South African Tau Tona mine, the deepest on earth, collects gold four kilometers below ground. On the other side of the spectrum, Fernández Pascual evokes the 1976 Bogota Declaration in which eight equatorial states (Brazil, Columbia, Congo, Ecuador, Indonesia, Kenya, Uganda and Zaire) claimed their sovereign rights on the geostationary orbit, 36,000 km above their land.

Each emergence of a military and economic technology involves a new legal framework that regulates the claims of sovereignty that can be made thanks to it. The birth of aircrafts triggered the birth of the legal status of airspace, the birth of rockets and satellites triggered the emergence of outer space legislation and the possibility to ionize clouds to precipitate rain, like China did during the 2008 Olympics, implies atmospheric regulations that were unimaginable in the past. Architecture is a technology that sometimes intervenes within these claims of (economic) sovereignty, it is therefore important to examine such processes with great care like Fernández Pascual does.