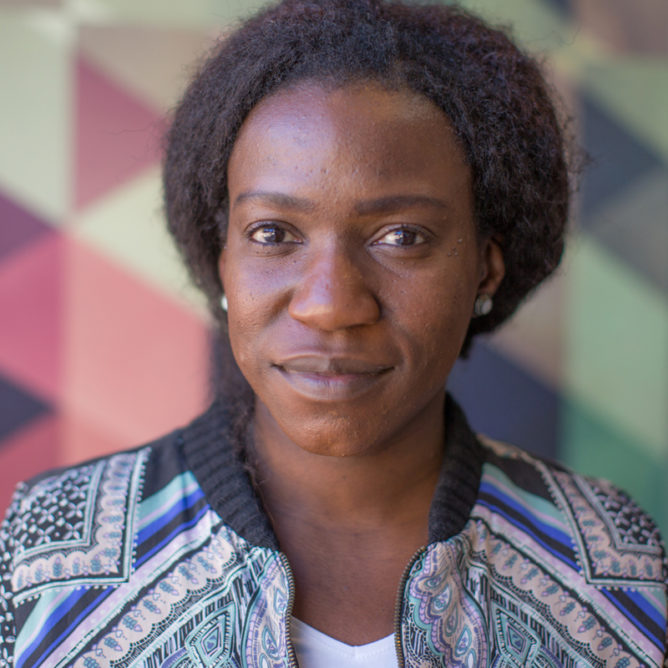 Alicia Olushola Ajayi is an architectural designer, researcher, writer, and (still trying to figure it out) based in NYC. Some of her favorite things is imagining Black futures, consuming copious amounts of media for “critical research”, and growing with her passions. She was published in The Funambulist 5 (May-June 2016) Design & Racism and The Funambulist 11 (May-June 2017) Designed Destructions.

Trained as an architect, my work explores the layered complexities of people, place, and power. Recently her work has focused on radical Black placemaking as a spatial tactic during the antebellum period in a project entitled We Call it Freedom Village: Brooklyn, Illinois’s Radical Tactics of Black-Place Making. Focused on Brooklyn, Illinois as a case study, the research looks at Black town-building as a crucial tactic deployed during the Black protonationalist movement that emerged in the nineteenth century and lasted well into the Jim Crow era (1877–1950s). Brooklyn sits directly across from St. Louis, Missouri, on the east bank of the Mississippi River. Today, the small commuter town with nearly six hundred residents, the majority of whom are Black, boasts the town motto “Founded by Chance, Sustained by Courage.” Local oral histories claim that in 1829, eleven Black families led by Priscilla “Mother” Baltimore, a free Black woman, escaped Missouri (a slave state) and crossed the mighty Mississippi into Illinois (a “free” state). Once on the free soil of Illinois, the group settled in a secluded wooded area near the river in what scholars and local historians call a “freedom village.” Throughout the 1800s and well into the next century, Brooklyn was a beacon of Black autonomy. In 1873, Brooklyn became the first Black incorporated village in the US making it a critical turning point for Blacks to legally claim ownership of American landscapes.

The intention of creating freedom villages before the Civil War, and Black towns generally after the Civil War, is important to examine. Brooklyn, like other early Black town-building efforts, used their agency to redefine and reclaim Black identity by making their own space. This was a radical act. Brooklyn emerged by claiming space during a time of overwhelming racial persecution of Black lives and domination over Black bodies. The history of Brooklyn demonstrates how Blacks boldly participated in the same capitalist system that oppressed them. While the idea of capitalism in antebellum America rested on the principle of Blackness as property known as slavery, Blacks used tactics of place-making to subvert the racial dominance perpetuated by economic gain.

The drive for this study places Black agency in a new context. Due to this omission of an important American historical narrative, Black self-determination efforts that date prior to the Civil Rights movement of the sixties have been silenced. Most of these towns or settlements, if mentioned at all, are simply footnotes in thick history books. Even worse, we steadily lose this history as towns go under due to the weight of the lack of economic opportunities that and encroaching developments threatening to overrun them%. Brooklyn, IL is an example of how Blacks pursued freedom and eventually power with spatial tactics of place-making. This research is important because the legacy of Black place-making tactics continues to counteract persistent oppressive practices and pedagogies which form the foundation of much of the Western design and planning fields. This research is a continued effort to fill in the gaps of architectural and urban planning history, to inform future practices in these fields to secure better futures for Black people.