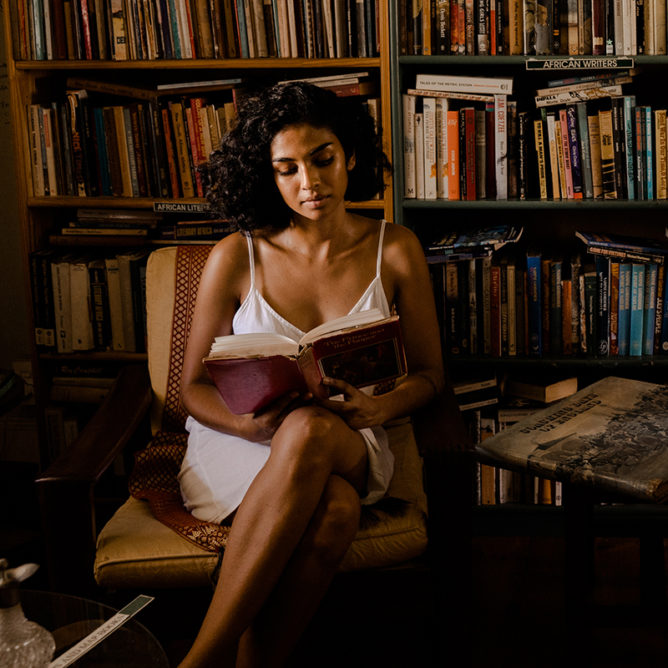 Roanne Oberholzer studied her architecture undergrad course at the University of Pretoria during the Fees Must Fall movement which profoundly impacted her understanding of space, ownership and access. In 2017 she interned at Asiye eTafuleni, an NPO that works alongside informal traders in Durban’s Warwick Junction. She is currently working at Lead Architects, teaching design at UKZN and freelancing as a researcher and designer based in Durban. She is interested in how the use of architecture evades the architect’s control, and the political tool of events as a way to build with the body. She was our main collaborator for The Funambulist 28 (March-April 2020) Our Battles, for which she produced no less than 27 drawings.

Architecture primarily acts as a tool to organise bodies in space (Léopold’s definition which  literally made me sigh in relief when I first read it in Undergrad). However, some of the most revolutionary moments in architecture’s history have been when these bodies revolt against this organisation: occupying space they were not supposed to, erecting banners/signs/flags that were not meant to be visible in a public space, pulling down statues that were made to be permanently upright and above us. Additionally, the way people use architecture in everyday scenarios – sleeping on a public bench, sitting on a window sill, climbing a downpipe- has always been beyond the control of the architect. My work asks if we can write architecture in the same way that we read it- as a series of events in space mediated by our bodies, and by doing so, find a language for architecture that is more free from the systems that so often co-opt it for their own purposes.

This means that my work never analyses or proposes spaces (whether this is the space of my site, a page, a street, or a mouth) outside of an action/event/situation that happens in it. The space, object and action always work together. It also means that I try to draw events with a research rigour that illustrates my belief in their ability to be as nuanced, constructed, specific and political as architecture is.

The Twin Transcripts, completed in 2018, re-imagines an event that was duplicated from Mainland France to one of it’s ‘overseas departments’ Reunion Island: Bastille Day, later renamed National French Day. France’s colonial act of replicating a national event which originated as a revolutionary event in one of its territories as a display of power was the precarious starting point for this project. Drawing references from the political act of twinning cities after WWII in hope of reconciliation, Egypt’s gift of one Luxor Obelisk twin to France, Paul Vergès’ arrest for attacking the integrity of the state, and the fall of the Vendome Column, the project imagines a revolutionary Bastille Day Parade in Reunion Island.

Makhzen, completed in 2019, is a series of studies on the acts of ingesting language through reading, speaking, and listening in the context of Morocco, a constitutional Monarchy with heavily censored media houses. It is a radio station, a radio drama, and a coup- a space, a story and an event. The project focuses on how language has the power to create boundaries around thought and behaviour at a civic scale. Learning from Morocco, its creole language, political satire, music traditions, history of attempted coups and, more broadly, from language itself, this radio station foregrounds dissent, discord and dissonance which exists under the surface of censorship. 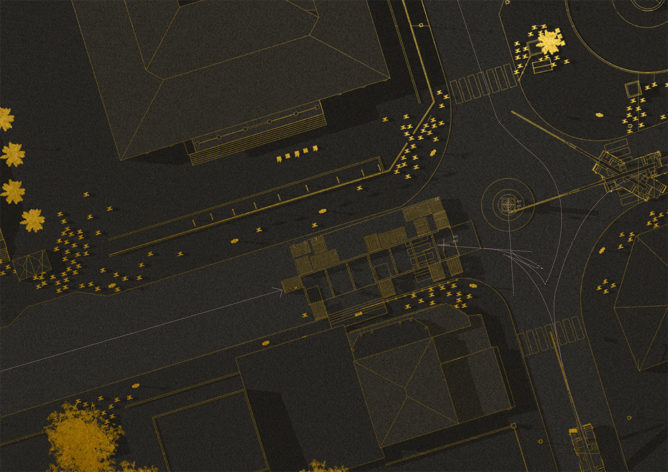 [ghost]
//enter people in the city not yet at the parade
//crowd around statue waiting for fall
//play games creating second stage (ref. Paris steel workers) 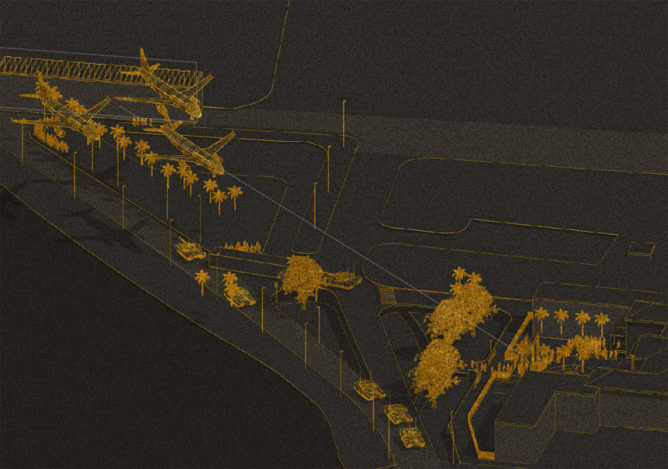 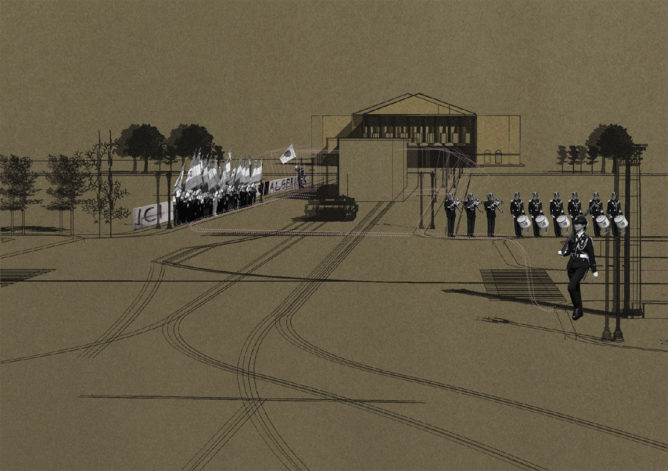 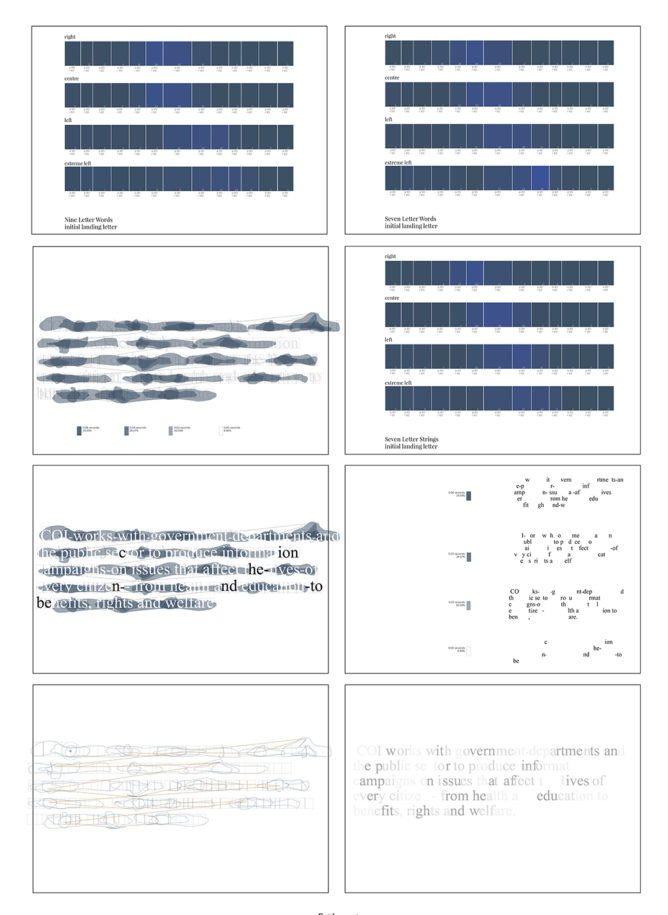 Setting out a building is the process of transferring architectural proposals from drawings into the ground. It established the location points for site boundaries, foundations, columns, center-lines of walls and other necessary structural elements. 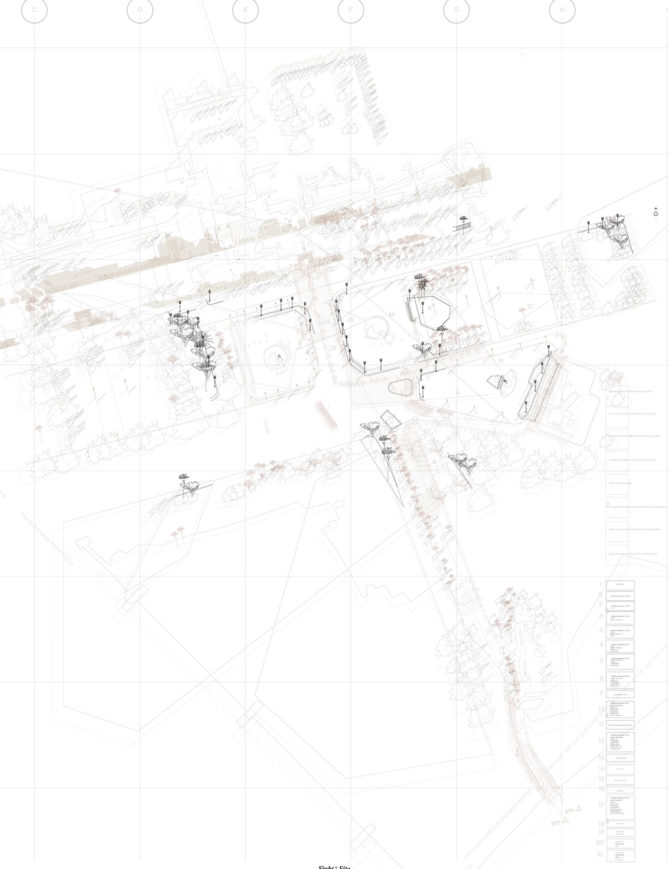 Tracking blind spots from positions of power to site the radio station as space and event. User pathways during ceremony of allegiance used. 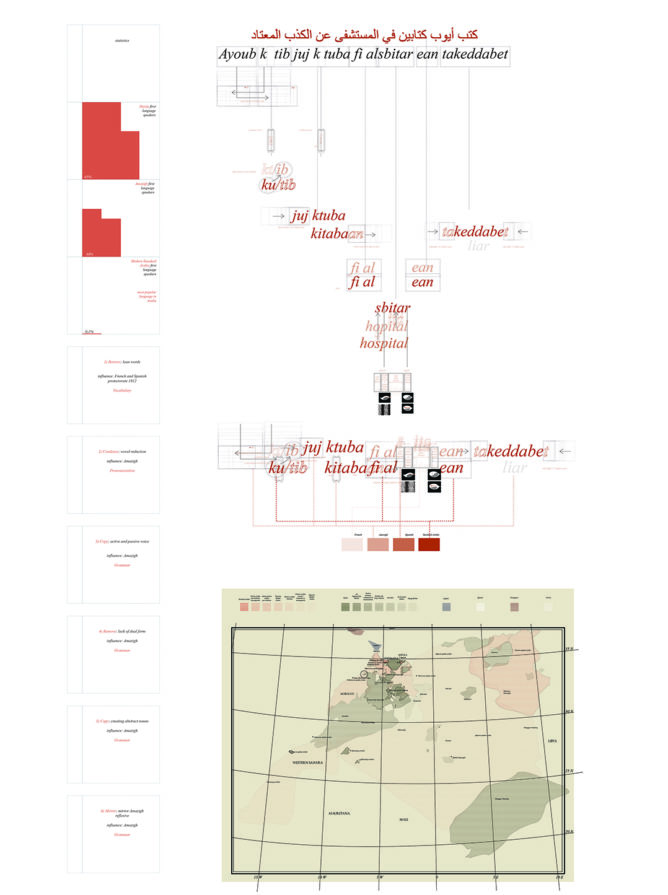 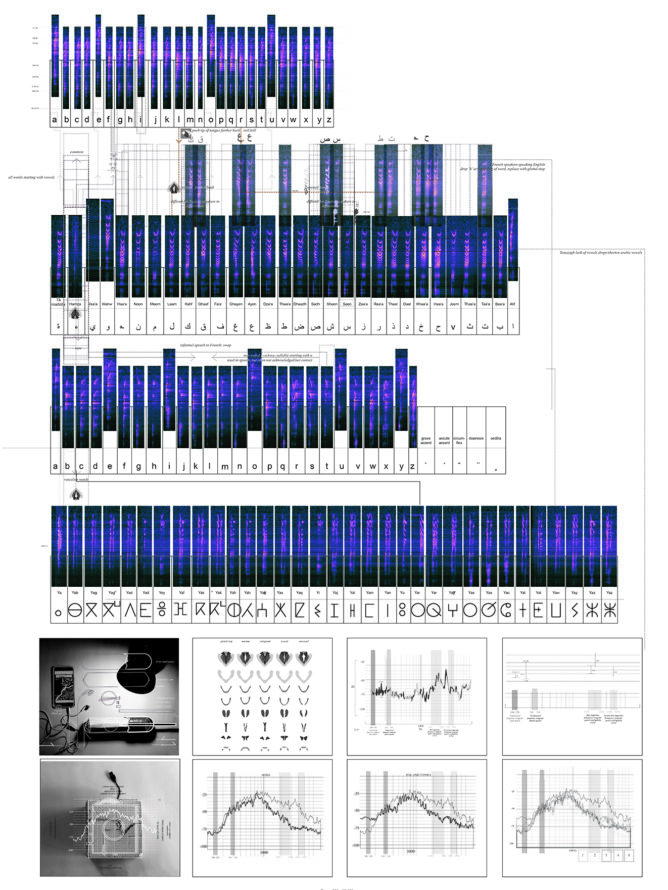 The quality of language that is comprehensible. 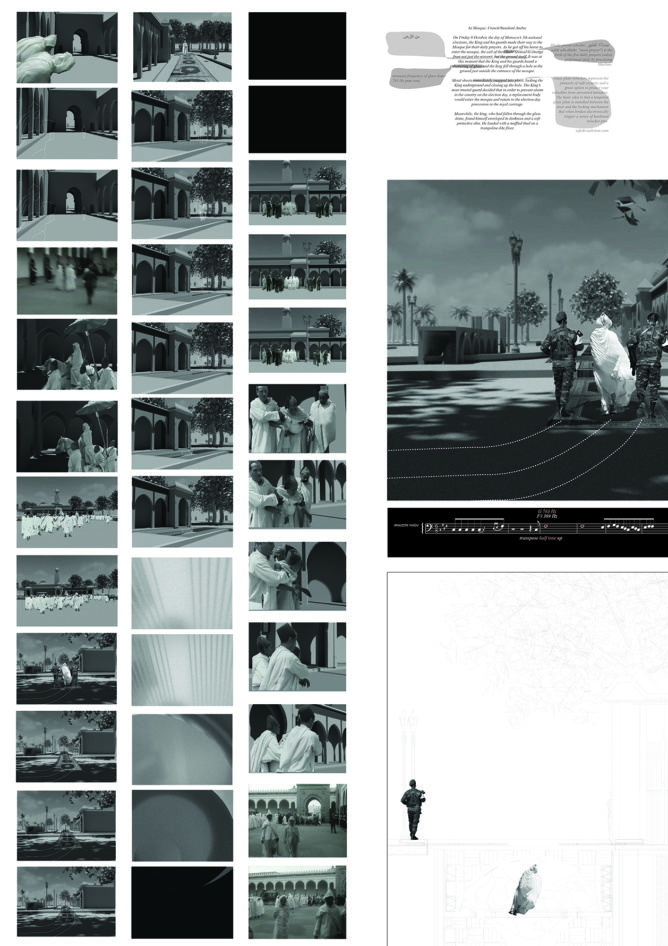