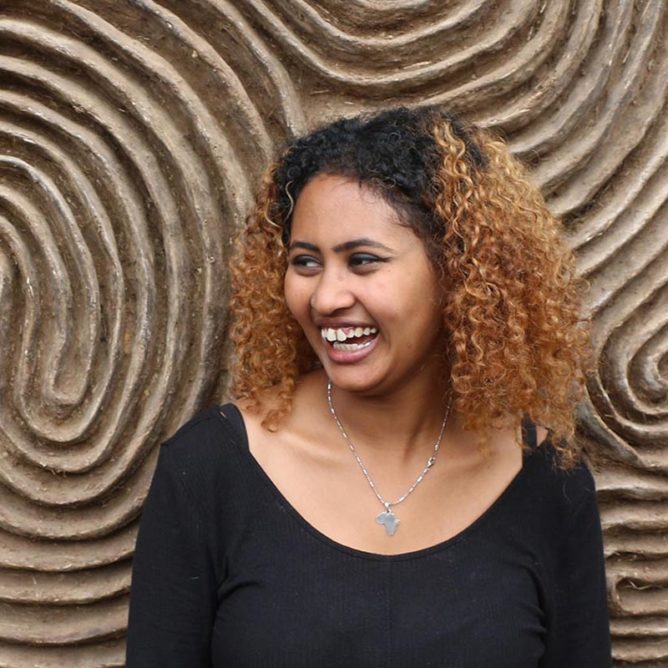 Miriam Hillawi Abraham is a multi-disciplinary designer from Addis Ababa, Ethiopia. She holds an MFA in Interaction Design from the California College of the Arts and has received a BArch in Architecture from the Glasgow School of Art, as well as Part I of The Royal Institute of British Architects License. She is currently working as the Game-code Instructor at Bay Area Video Coalition where she infuses social justice and futurism into her curriculum. Her work has been featured in the Funambulist magazine and exhibitions across San Francisco including Institute for the Future, California Academy of Sciences and Hubbell Street Galleries. She is a fellow of Gray Area’s Zachary Watson Education Fund, a Graham Foundation grantee and was part of The Funambulist’s daily podcast series “A Moment of True Decolonization.”

As a multidisciplinary designer and educator with a background in Architecture, I aim to employ digital media as well as spatial and experiential design media to explore themes of futurism, self-determination for Black and Brown bodies and intersectional feminism. Furthermore the emerging discipline of experimental and digital architectural conservation is a space I am deeply passionate about and wish to contribute to especially as an African seeking to reclaim and expand upon her cultural heritage.

Abyssinian Cyber Vernaculus is a series of visual narratives and VR experiences designed to contest the active exclusion of Black and Brown formalisms and artefacts from the architectural canon. It pushes up against the apocryphal stories of Africa, while it attempts to uncover and reinstate the presence and power of those marginalized or demonized by the dominant conservative ethos of my own society in Ethiopia. The project emerged as three distinct VR journeys driven by the player who assumes the role of each “hero”, and navigates through their shared terrain of the Medieval monolithic churches of Lalibela, Ethiopia. Each hero represents the hegemonic narratives put forth by the self proclaimed experts of the historic site: Kentucky Johnson (the white savior), Yohannes (the god fearing Ethiopian man) and Sebi (the hotep, ie woefully misinformed afro-diasporic man).

Abyssinian Cyber Vernaculus was published in The Funambulist 24 (July-August 2019) Futurisms. 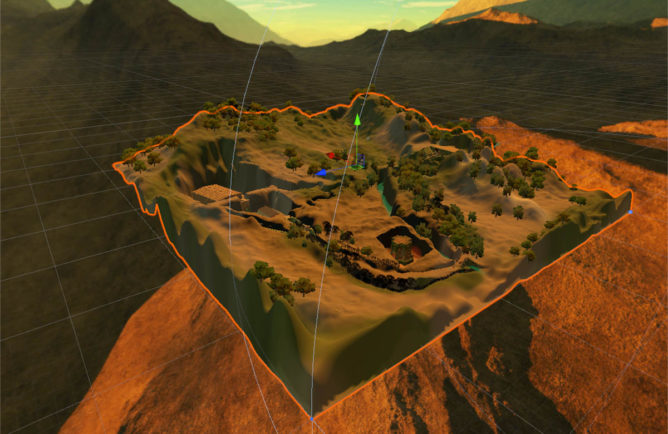 3D generated terrain, a reimagination of the Lalibela region in Ethiopia. 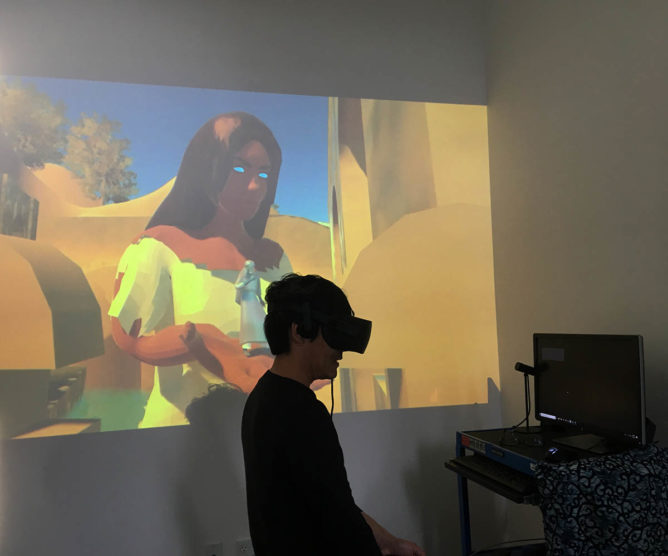 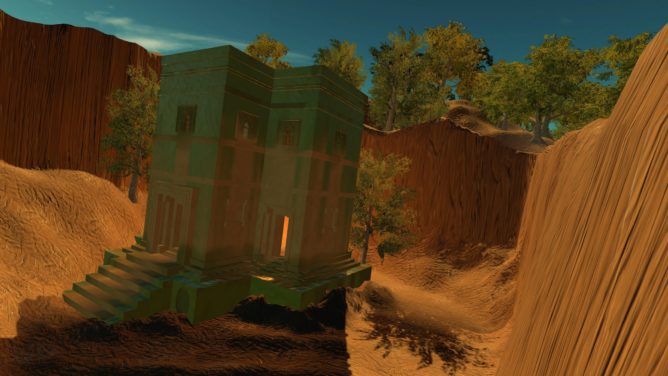 Video still from the “Sebi, The Enlightened” VR experience from the Abyssinian Vernaculus Series. 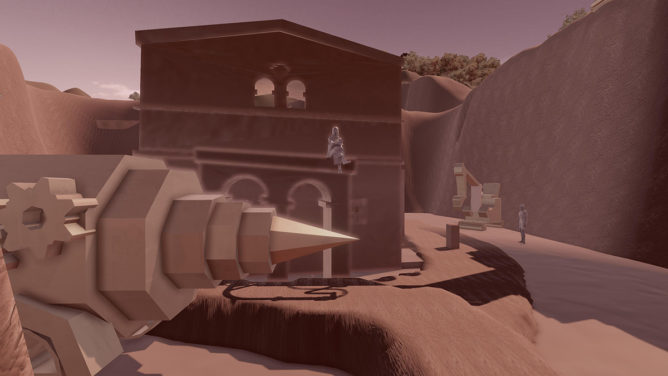 Video still from the “Yohannes the Faithful” VR experience from the Abyssinian Vernaculus Series. 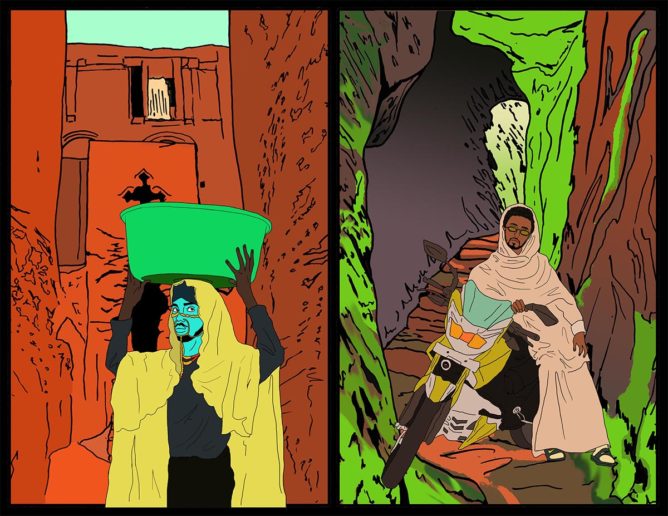 Objects for the Othered is a suite of tools designed to demand respect for women of color subjected to daily and trying micro-aggressions. This project equips women of color with the tools needed to embody their goddess form and empower themselves while moving through negative spaces in urban landscapes. Negative spaces are defined as “space[s] of deletions or of delimitations constraining one’s presence at particular locales.” And these spaces are created by the movement of bodies as they physically and mentally avoid certain regions due to cultural rules or laws dictating their movement. These spatial limitations then become “‘embodied’ in an actor-centered mobile body, separate from any fixed center or place.”

How can women of color reclaim these spaces and establish their presence? How can WOC demonstrate their power to themselves and demand respect without the frequent confrontations that wear them down? This project alludes to the ancient and resilient rituals of the Yoruba. Although it is said to have originated in Nigeria and Benin, Yoruba has followed its worshipers between borders and across oceans, bending and shaping to adjust to the displacement, trauma and reinvention of its people, thus connecting the Afro-diaspora through a thread of spirituality and collective identity. It takes on other forms and bears similarities to many other indigenous practices.

Among the Yoruba deities, Orishas, four of them are powerful female forces. Orishas exist in the elements and in oneself. These tools will be used to call down your orisha and harness your power from within. The user will be able to activate the tools when she/they find themselves in specific negative scenarios. The aim of these tools is to provide temporary feelings of empowerment for the user, signify their presence in their environment and ultimately draw awareness to the issues of subtle and nearly imperceptible discrimination WOC face while moving through urban currents. Ideally, these tools will become so prolific that there will be nothing to put the power of WOC into question and will no longer be needed. 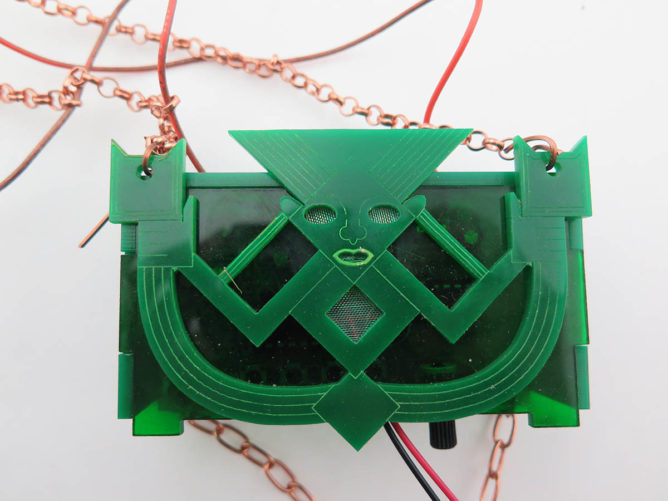 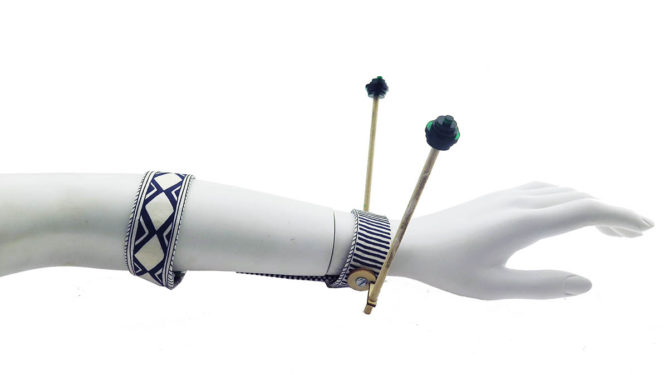 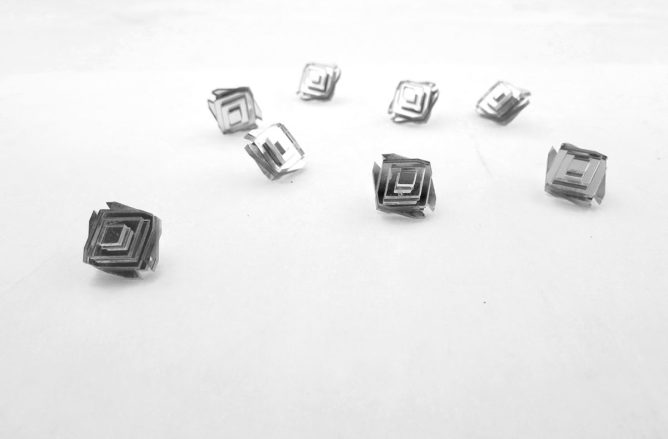