Léopold Lambert – Paris on January 14, 2016
If you enjoy articles of the blog, have a look at The Funambulist Magazine!

Calais and Dunkerque are the two French cities closest to Dover in England. As such, they are are the main ferry ports towards England and the entrance to the Channel Tunnel is situated only a few kilometers away from the city center of Calais. The name of “Jungle”  designates a large muddy vacant area of the Calais outskirts (see the OpenStreetMap drawn by students of the Belleville School of Architecture) where about 6,000 migrants and refugees are currently living, often waiting an opportunity to finish their long and tiresome journey in the United Kingdom (there are also two other similar sites near Dunkerque). This name is a distorted translation of the farsi term jangla (originally given by Afghani and Iranian refugees to the place) that, despite a common root with jungle refers more simply to a forest. The name of “jungle” was first spread by local associations helping its population, and we can already see here how humanitarian interventions can be problematic: in this case, it coins a term that triggers a primitive if not racist imaginary of a place, already antagonized by a part of the local and (bi)national population and politicians.

Last Monday, a camp made of a hundred steel containers opened to host 1,500 people after that local associations and other humanitarian organizations pushed for it. This camp reminds us of the Sangatte one that had been opened the Jospin government in 1999 and whose sanitary conditions had quickly reached a deplorable level because of a lack of fundings until it was shut down three years later by Nicolas Sarkozy when he became Minister of Interior. In an article published in Libération last October, Cyrille Hanappe who teaches the seminar that lead to the mapping referred above, regrets that the camp (then only planned) had been designed without any architect’s contribution and that the people in charge’s incompetence had lead to a design that “considers human as cattle” and only think of the camp “for bodies to be managed, to eat and defecate.” Hanappe insists that the camp should have integrated space of sociality and gathering, something that, according to him, many architects would have been able to proposed if asked to contribute. 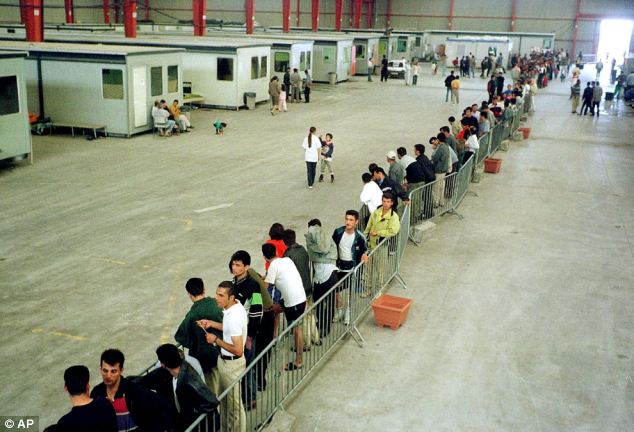 However, it seems legitimate to ask whether this consideration of bodies in their most elemental anatomical characteristics is related to incompetence, as Hanappe suggests, or to a deliberate strategy to which potentially contributing architects would have only disguised behind an aesthetic effort. The local policing legislation and territorial measures recently taken are an indication to such deliberate strategy. On December 2, the Prefect of Pas-de-Calais department took advantage of the much greater power that the Hollande/Valls government and its ongoing state of emergency enabled for her position (in charge of the police), to drastically increase the legal punishment for pedestrians arrested along the port highway. Migrant bodies who use this road to perhaps trying to board a ship to England are now risking six months in prison and 7,500 EUR by a legislation that clearly targets them and, as such, can be characterized as blatantly racist. The access to the Channel Tunnel, on the other hand, may be one of the most fortified spaces of Europe. 29 kilometers of walls and a multitude of security cameras were evidently considered as not sufficient since, Eurotunnel destroyed 103 hectares of trees in September to increase its surveillance and in December, went as far as flooding the terrain adjacent to the tunnel’s entrance (see source). Such tactic of what friend Francesca Ansaloni calls “the medievalization of territory” shows well the deliberate aspects of the anti-migrant strategies and its highly territorial and architectural embodiment. 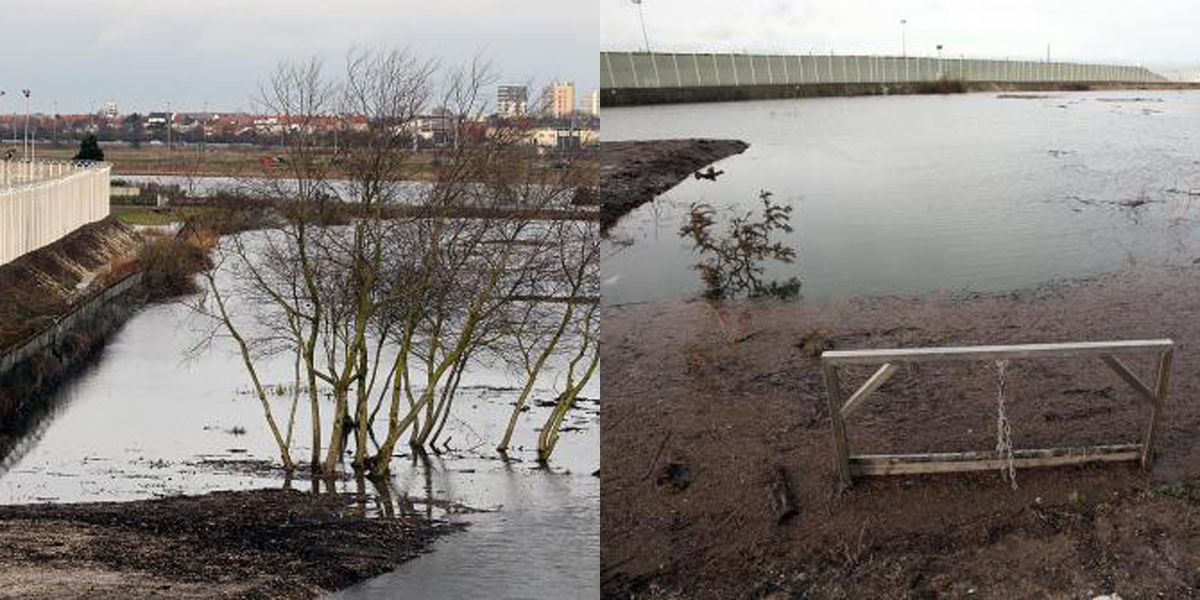 The optimized control and regulation of bodies that this new camp enables by an outsider entity (police or humanitarian organizations) through its fences and container alignments/uniformity is thus to be suspected as deliberate too. Nevertheless, the degree of deliberateness of a design is always less crucial to examine than, on the contrary, its incidental effects. Deliberateness implies the existence of an explicit scheme that can be exhumed and described in its straight-forwardness to denounce its logic. In other words, it is easier to describe the often-racist decisions of institutional actors and their policed enactment than the more complex and, as such, more problematic work developed by benevolent actors such as humanitarian organizations. In the case of the new camp in Calais, it is a local association usually helping persons with disabilities and managing retirement homes, La Vie Active (Active Life) that was put in charge for its operation. Behind the somehow-expected photos of smiling migrant bodies, its website describe the association’s action for Calais’s migrant bodies. In this regard, it announces the eminent installation of 1,500 persons in the containers based on inscriptions and a prioritization for people judged “the most vulnerable.” They also describes the recent construction of a center that now hosts 300 women and children on a daily basis.

Beyond any ethical judgment on the criteria for selecting the bodies who gains access to such facilities — the least we can say is that they do not appear as shocking — we can see how the very implementation of a (finite) architecture, let alone a clearly insufficient one, necessarily triggers such a selection. As I had the opportunity to argue in the past (see “Shelter’s Political Violence” in the latest issue of Volume for instance), architecture and bodies being materially finite, the production of a sheltering architecture necessarily involves the exclusion of some bodies from it, whether this exclusion occurs simply because of overpopulation (think of a crowded bus stop in the rain) or through more complex legally-backed processes of acceptable access (think of private property, locked doors and selected owners of keys).

Although the processes of acceptable access involved here are, once again, not shocking (protecting those who are determined to need it the most), and acknowledging that arguments about cold, muddy and precarious terrains made from a warm office can only take us so far, it is important to see how humanitarian work associated to architecture fundamentally consists in the hierarchization of bodies of which it claims to care. Beyond the architectural embodiment of control and regulation of bodies that the container camp represents, there is therefore another problem more…problematic; a problem that we will not solve (solution is only the name of a newly created problem) but that it seems important to interrogate. In his article, Hanappe evokes self-construction as one of the directions that the humanitarian work could have chosen to propose better conditions of life to migrant bodies in Calais and Dunkerque. Although I have repeatedly verbalized my suspicion of architects’ fascination for self-construction as an occasional form of ‘orientalism’ (see “Why do Architects dream of a World without them?” and “Learning from Architecture Without Architects” for instance), what we can take from this idea is the process it involves, in opposition to a crystallized form of architecture. Addressing the terrible conditions of life in Calais needs to be done through a political process at various scale. There is the institutional one, of course, against the racist policies and legislation that proposes only antagonism to bodies whose displacement was originally undertaken in order to flee other forms of antagonisms. Nevertheless, at a smaller scale (of space and time) and in a context of humanitarian organization’s axiomatic benevolence, political process can to be materialized for migrant bodies (the inhabitants, however temporarily) through the access to the instruments and infrastructure that can lead to proper shelter and daily life necessities for all, but also the constitution of an empowered community at the same time than its spatial conditions. Considering architecture as a process rather than as a crystallized form is what makes the difference between a camp and a urban form that we can call village.