It is my great pleasure to announce the release of the fifth issue of The Funambulist Magazine (May-June 2016) as well as its formal launch event in New York on May 4th. It is dedicated to a tremendously important topic that had been an underlying theme of many articles in the four first issues, but embraces here its entire primacy: the relationship between design and racism. Design tends to crystallize and reinforce the normative relationships between bodies in a given society, often to the point of materializing racist political programs. The issue is composed of articles, interview and projects describing the active contribution of design to structural racism in Palestine, the United States, France, South Africa, and Europe. The contributors are Eze Imade Eribo, Rasheedah Phillips, Nick Estes, Miriam Ticktin, Lwandile Fikeni, Nicola Perugini, Neve Gordon, Nacira Guénif-Souilamas, Alicia Olushola Ajayi, Whitney Hansley, Claire Lubell, and Melisa Betts, as well as Sinthujan Varatharajah and Yaşar Adnan Adanalı who both wrote guest columns that precede the main dossier.

The formal launch event will occur in New York on May 4th, 7PM at 61 Local (61 Bergen street, Brooklyn, NY). It will first consist in a presentation of the issue by editor-in-chief Léopold Lambert accompanied by contributor Alicia Olushola Ajayi, followed by a roundtable about the topic with Christina Heatherton, Hadeel Khalil Assali, and Minh-Ha T. Pham. The issue will be available for purchase. 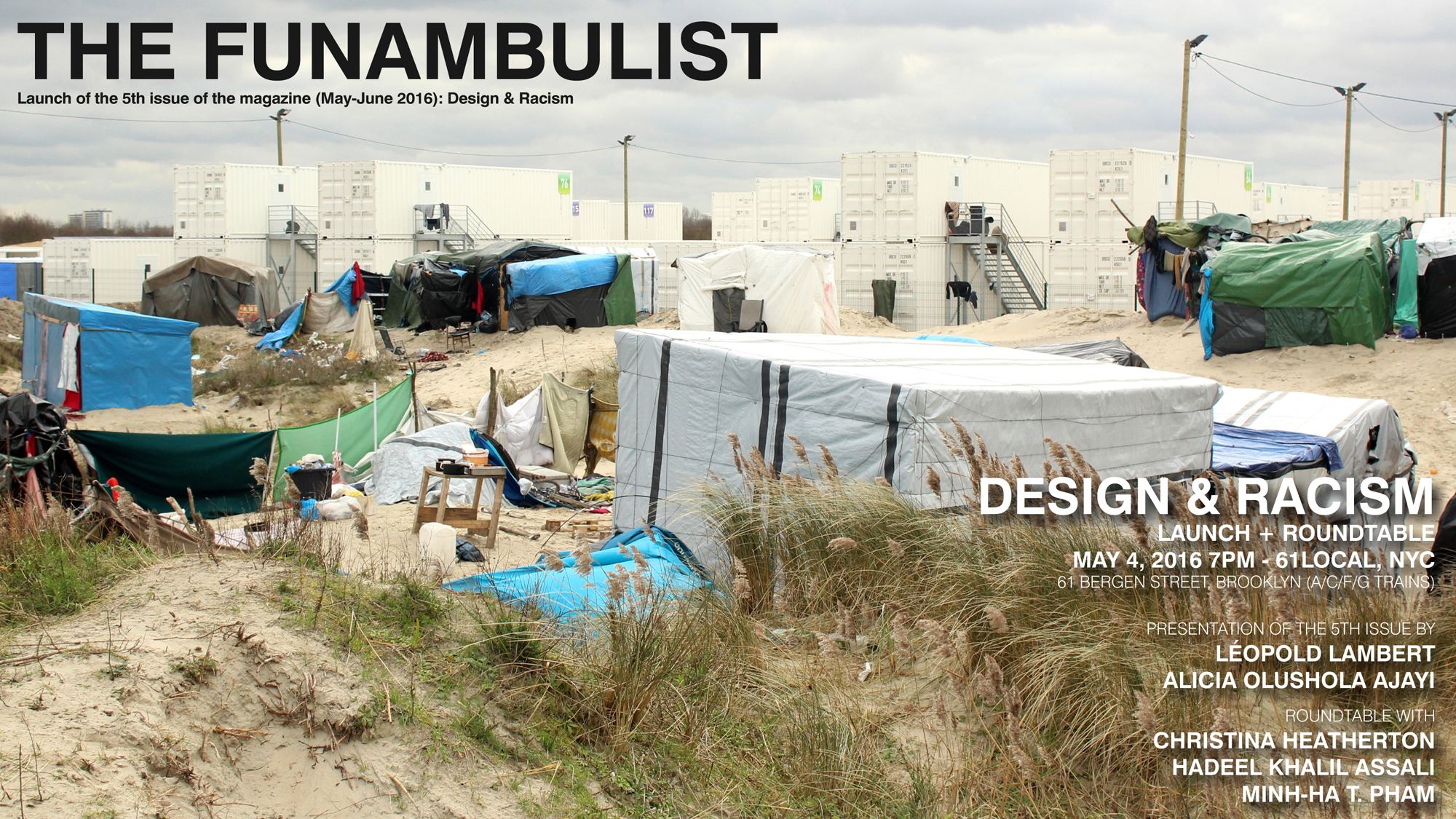 The Funambulist relies on these sales to exist financially, and your support is therefore both appreciated and necessary. However, I apologize to the readers for whom the prices of these offers remain too high. I will soon be starting a program to access the magazine for a much lower price in many countries (bookstores in Zagreb and Porto already propose it for instance), and, please keep in mind that I never refuse to send the digital version to a reduced price or for free should it be your case and ask for it by email (info.funambulistATgmail.com). 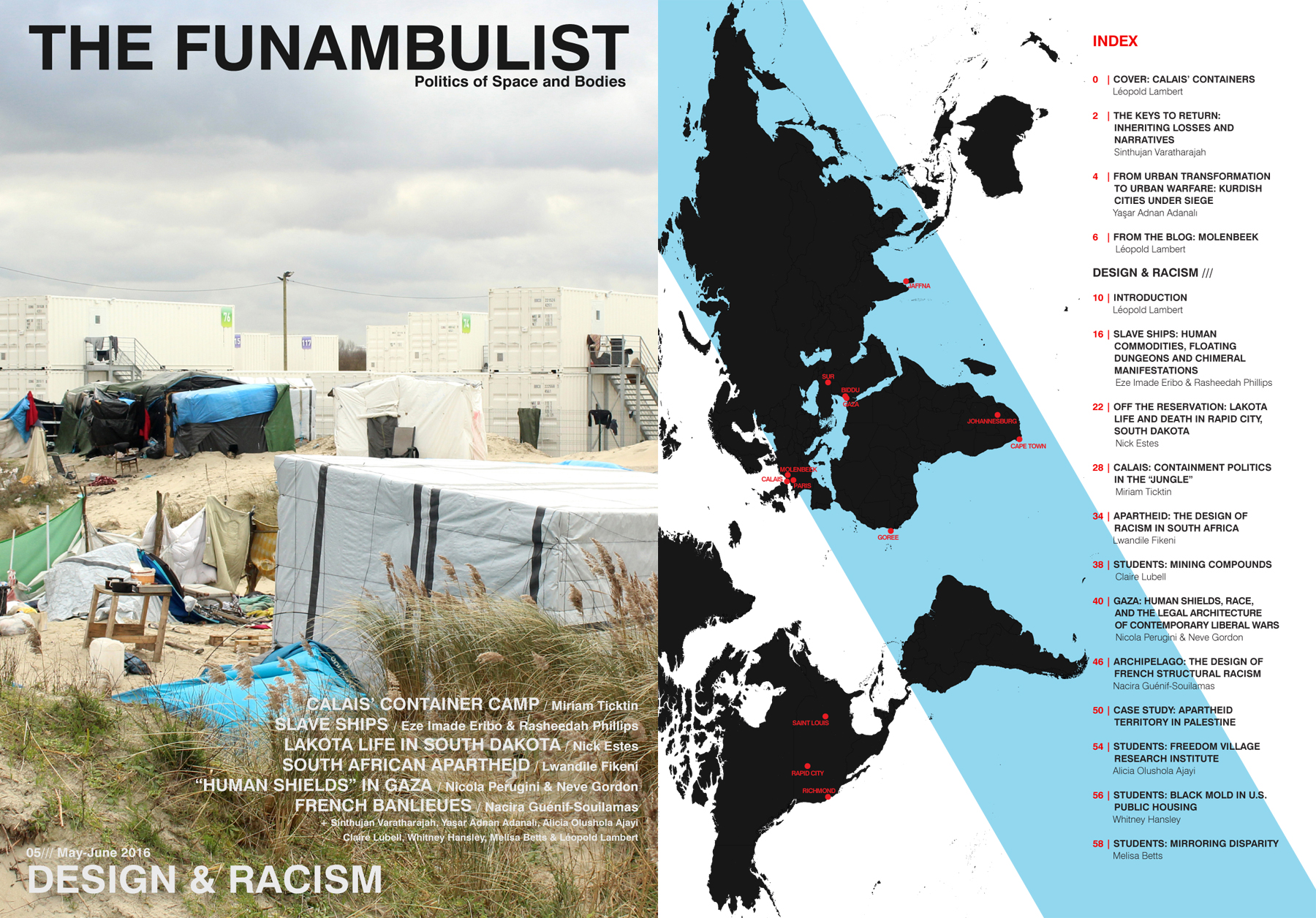