Léopold Lambert – Paris on September 25, 2015
If you enjoy articles of the blog, have a look at The Funambulist Magazine!

Map below created by Léopold Lambert for The Funambulist (2015) / license: Creative Commons Attribution-NonCommerical-ShareAlike 4.0 / A similar map, more focused on the center of Jerusalem itself was published in The Funambulist Magazine‘s first issue to illustrate the article “Jerusalem: Dismantling Phantasmagorias, Constructing Imaginaries” by Nora Akawi.

The Green line represents the 1949 Armistice line and used to separate the Israeli territory from the Transjordanian governance. In 1967, East Jerusalem was invaded along the entire West Bank, and it remains occupied as of today. The red line represents the Apartheid wall started by the Ariel Sharon administration during the Second Intifada. The “C” dots are checkpoints that Israeli cars have no problem crossing, while Palestinians require (rare) permits to cross the wall. The dashed-line represents the Jerusalem tramway, built between 2002 and 2010 and that links West Jerusalem to the Israeli settlements in the Palestinian part of the city. When looking at the map, it will clearly appear why, although Ramallah and Bethlehem are only separated by 20 kilometers, it takes about 50 minutes for a Palestinian car to go from one to another.

Two weeks ago, Al Aqsa Mosque, the third holiest site of Islam, located on the Haram (Mosques Esplanade) in the Old City, was attacked by the Israeli police that threw teargas grenades inside the building for the second time in the recent months. The map below shows a zoom on the Haram complex in East Jerusalem, as well as the Western Wall, holy site of Judaism. As a reminder, the Second Intifada started in 2000 after Ariel Sharon provocatively set foot on the Haram to show the Israeli dominance over all sites in Palestine. Similarly, dozens of Israelis, many of which are afiliated to the Likud (Netanyahu’s political party) entered the Haram under the Israeli army’s protection as another invasive precedent (see article on Ma’an News). I also experienced the evacuation of the Haram when I first visited it, eight years ago, after three Orthodox Jews had penetrated in it, triggering the deployment of Israeli soldiers on site. Let it be clear that everyone should theoretically be able to access the holy site, whatever the religion or nationality (and this includes the Palestinians “on the other side of the wall” and in Gaza, as well as the Palestinian refugees in the world), but the current conditions of the Israeli Apartheid make it impossible for an Israeli Jew to innocently set foot on the Haram, his/her presence always being accompanied by a military intervention. The various spatial and political apparatuses that implement all scales of the Apartheid are therefore to be destroyed first to allow a religious coexistence on Jerusalem’s holy sites.

Map of the Haram in the old city of Jerusalem: 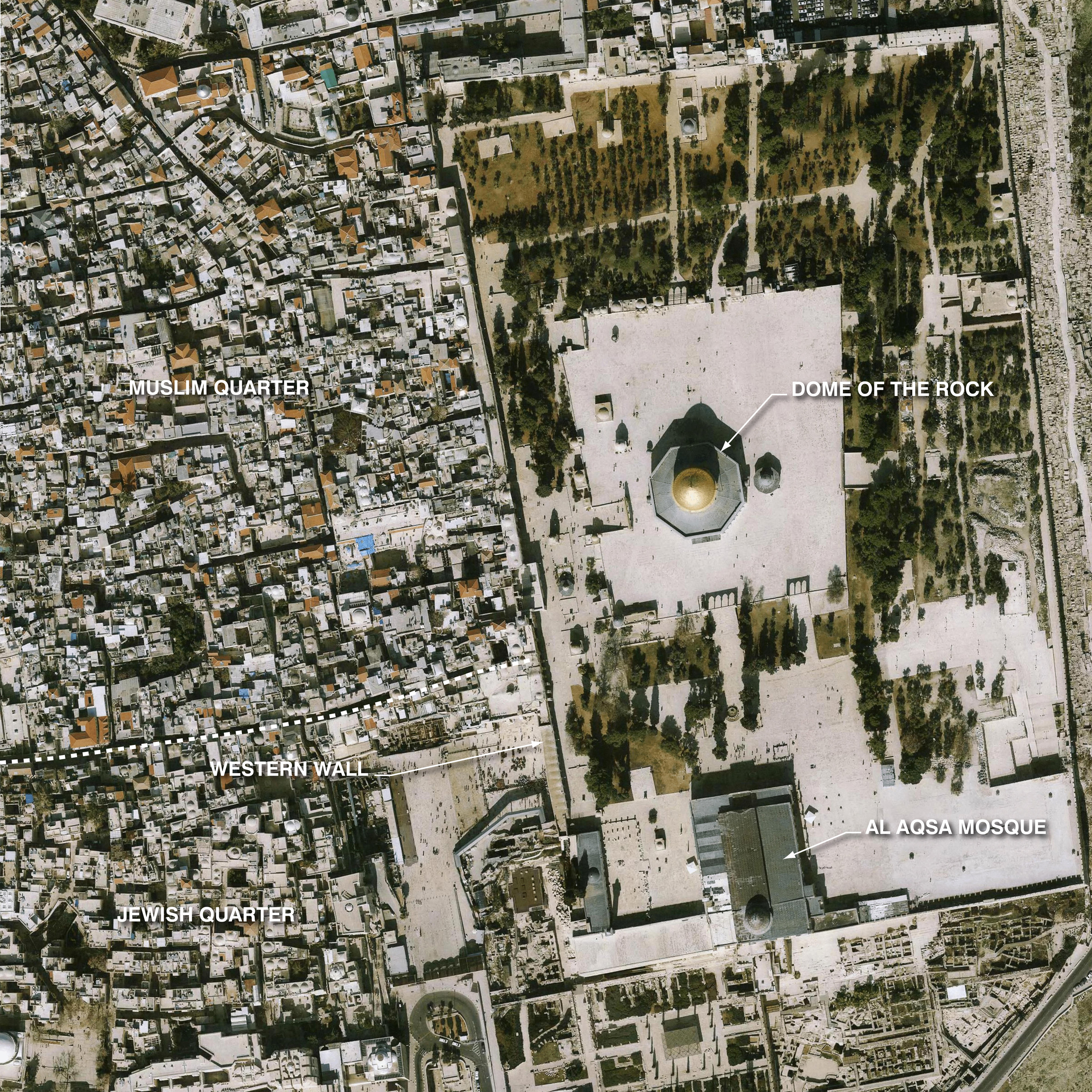 For more information about the recent Israeli attacks on Al Aqsa Mosque, see this documentary on Al Jazeera (September 16, 2015):